I Say, Son, This Is Damn Fxxking Good!

Abstract: Occasionally sharing our own life experiences with our children can be exhilarating and humorous. The form of delivery must have some impact to leave them some lasting impression. Telling a tall tale or hyping our own stories to inspire them will only make them bore. This is one of the many episodes with my three kids.

For the Mandarin version please scroll down. 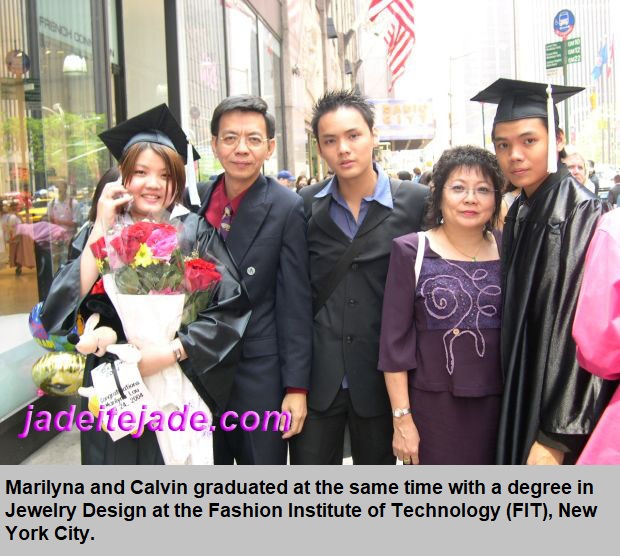 Several years ago, we had a family dinner at one of the local Thai restaurant. There were the usual five in the family, my Excellency, Marilyna, my eldest daughter, Calvin and William. I flew back from Yangon, Myanmar a few days ago, while the two boys came back from a scouts camping trip. We were famishing, as the boys were on canned food of sardines, vegetable pickles and baked beans for the past five days while I too missed the local food for the past three months. 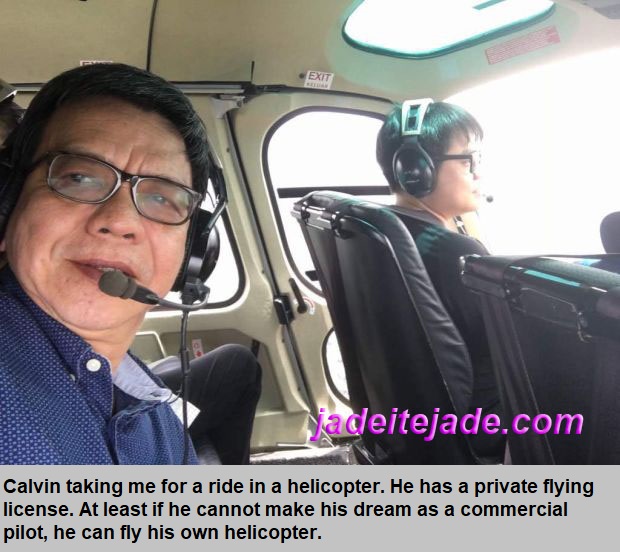 Marilyna was about to finish her high school and the two boys were quite closed behind. Marilyna wanted to become a lawyer, as she had shown to have the gift of the gap and at her age she could talk the hind legs off a donkey. Calvin wanted to be a pilot, and I said that was a boring job, piloting an aircraft in mid-air for hours, though one could travel widely. William was always very circumspect and kept his ambition in check. 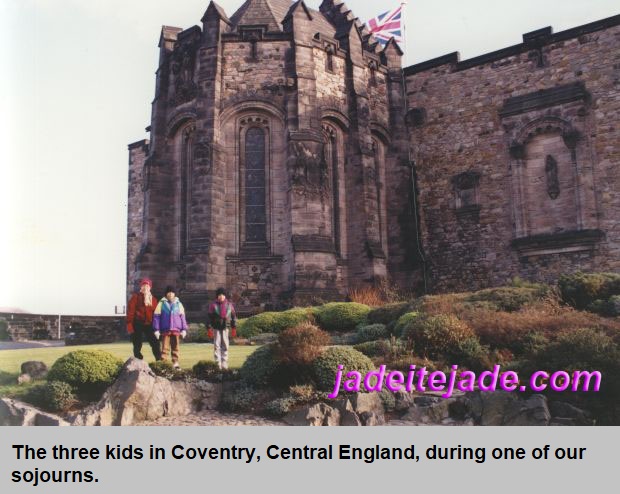 It was time to think about their education prospect when the opportunity just presented itself during our dinner.

It was an excellent spread of Thai food, as my Excellency loved good food and when we wanted to dine out she was always the one to decide on when to eat, what to eat and where to eat.

The boys were tucking in, enjoying the Thai fare thoroughly and getting a second helping of rice. Marilyna was done with whatever she could fill in and was immersed in one of her favourite Chinese philosophy book. 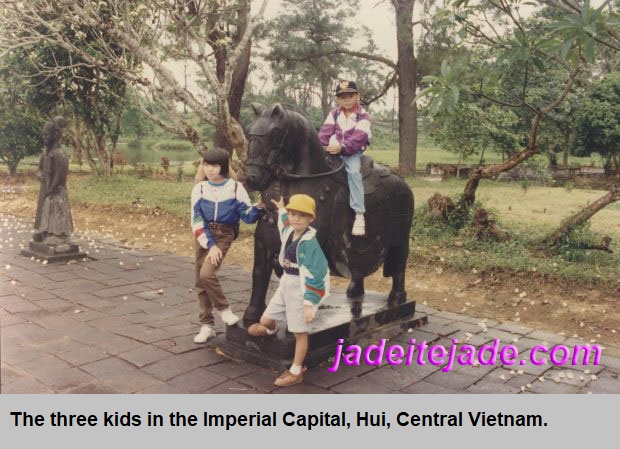 Just then Calvin remarked, “Mmm …this is not too bad.”

My reaction was swift. I immediately dropped my fork and spoon, not too lightly, and glared at Calvin. My face suddenly turned dark and menacing. The three kids sensed my belligerence and raised their head slightly to look at me with wide saucer eyes. Calvin’s demeanour went ashen, his face pale with fright. His Dad was always a mild mannered man and had never even given them a slap on their wrist when their school report books were red with failure marks nor raised his voice when they were caught playing truant.

What did he said that sent his old Dad ballistic? 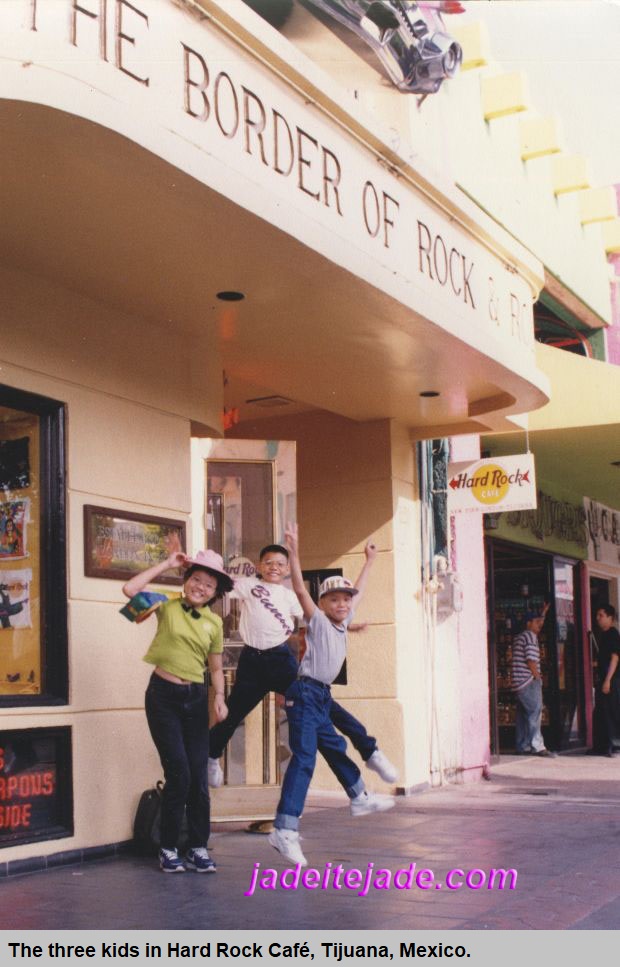 My eyes continued to bore him with a piercing look. If looks could kill, Calvin would be dead meat by now.

I pointed my fore finger at the food. With stern emphasis I raised my voice slightly and said, “This is not too bad!”

I let my remark sank in for a moment, then continued with my tirade. “I say, son, this is damn fxxking good!”

By my sudden irrational outburst, the atmosphere became tense. The three kids immediately bowed their heads and pretend to look at their left over dinner plate. My Excellency was puzzled and dumb stuck that I flew into a rage and had used the F-bomb on such a trivial remark by Calvin.

Just as fast as my anger shot up many notches on the temperature barometer, it subsided and vaporised in a blink.

“I say, there is a big difference in the way an Englander talks and an American talks.” I said, by then my countenance had changed to a benign look and there was a smirk on my lips.

“Generally speaking, an English man always like to de-emphasize a situation, giving in to a modest attitude, whether its humility or otherwise. While an American is bashful, straight to the point and at times it can be interpreted as downright blunt.”

I could see the relief on the faces of the three kids. They grinned at me. This would be another session of sharing with them my past experiences, perhaps on the attitude of Englanders and Americans, as I was the product of both the English and the American system of education. I obtained my GIA Graduate Gemologist in New York City and an MBA in England. 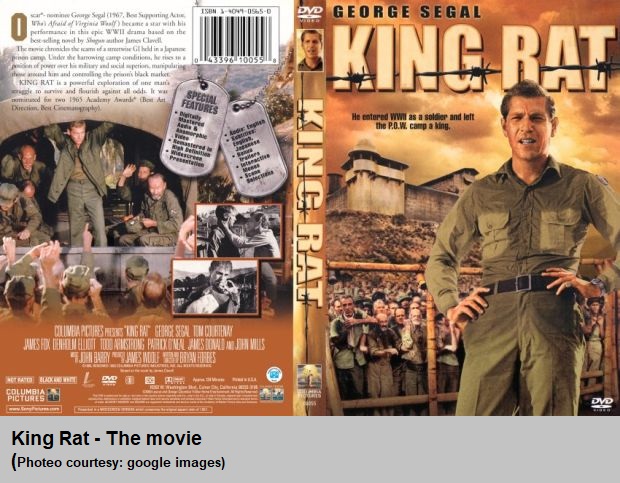 King Rat – the Book and the Movie

“I read a book, entitled “King Rat” by James Clavell. The setting was in early 1945 in Changi Prison during the occupation of the Japanese in Singapore in World War II. The novel describes the struggle for survival of Americans, Australians, British, Dutch and New Zealand’s Prisoners-of-War (POW) in a Japanese POW camp.” I said, with an air of authority, like I was a history professor at an Ivy League university.

The three kids were all ears now. I continued my narrative with a summary of the relevant section on which I wanted them to listen.

The prison camp at Changi was a brutal environment for POWs. The Japanese gave them the barest minimum of food to survive and filthy huts to stay in. The chief concern of every of the POWs was to obtain enough food to stay alive day to day.

The two main characters, who were the POWs in Changi Prison, of the novel were:

I went into some of the details of the story plot and the harsh living conditions inside a POW camp where lack of proper food and medical care had sent many men close to losing their humanity and the will to live. 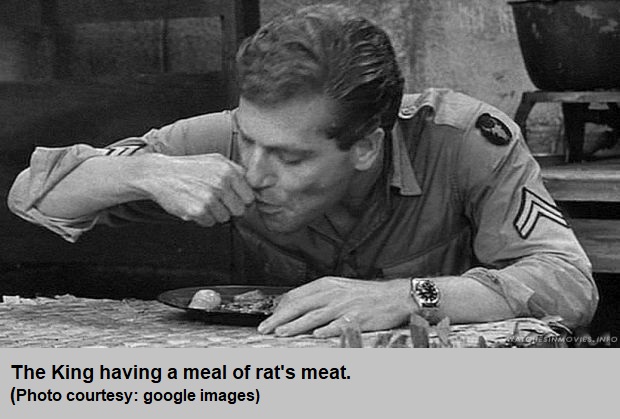 Then King saw that there were many rats scampering around. An idea struck him and he decided to breed rats to sell for food. He knew that most of the POWs were repulsed by the idea of eating rat’s meat. So King came out with a brilliant plan to sell the meat to officers without telling them the true source.

One day, the King invited Peter for a meal, barbequed meat without telling him that it was rat’s meat.

Peter ate the roasted meat with great gusto, and he, being a polished British RAF lieutenant with some refined mannerism befitting a British officer of the British Empire, exclaimed, “Mmm…This is not too bad.”

I then said aloud, “King was quite furious. He retorted and almost shouted at him. This is not too bad, this is …”. I let my sentence hung in mid-air and looked at Calvin with a straight face.

“I say, this is damn fxxking good!” Calvin interjected with his fore finger pointing at the almost cleaned up dinner plate. 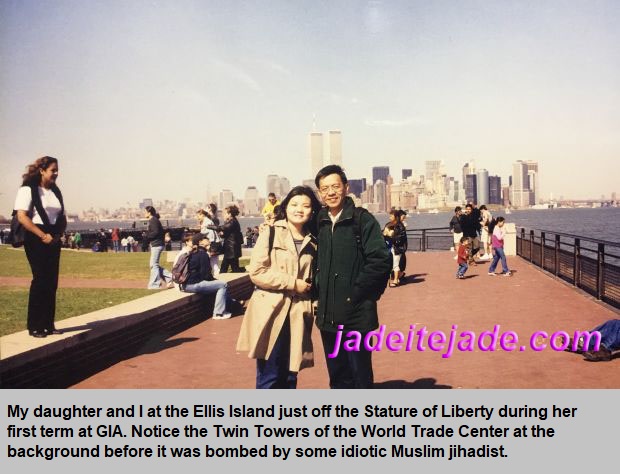 I burst out laughing, joined by the other two kids. My Excellency watched the whole scenario with amusement, just stopped short of reprimanding me with my earlier F-bomb.

Bravo Calvin! Blessed these three smart kids, I said a prayer to myself. 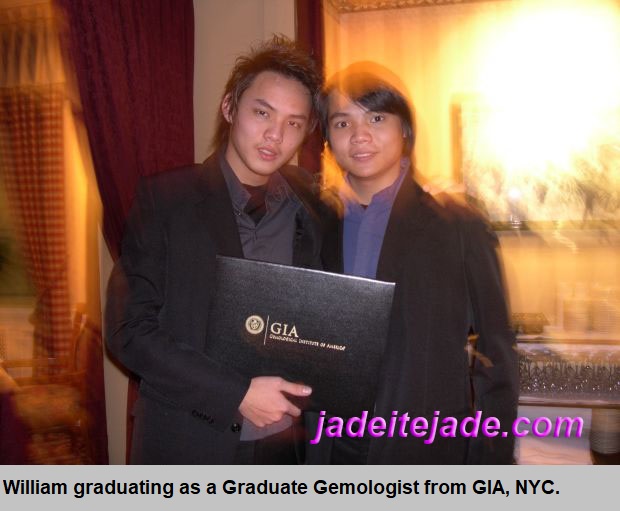 Addressing the three kids, I said, “Now all of you have been to the United Kingdom and the good old US of A. What is your preference to further your education after your high school? Do your degree locally, or in England or in USA?”

In unison they replied, “Good Old US of A!” with a heavy emphasis on A. When did they learned to speak in synchronicity, I wondered?

I thought about their answer for a while. Then with the pomposity and fanfare like the great medieval King Arthur, I sat up straight and swept my right arm high with the fore finger pointing heavenwards and decreed:

The three kids clapped their hands and almost gave me a standing ovation. 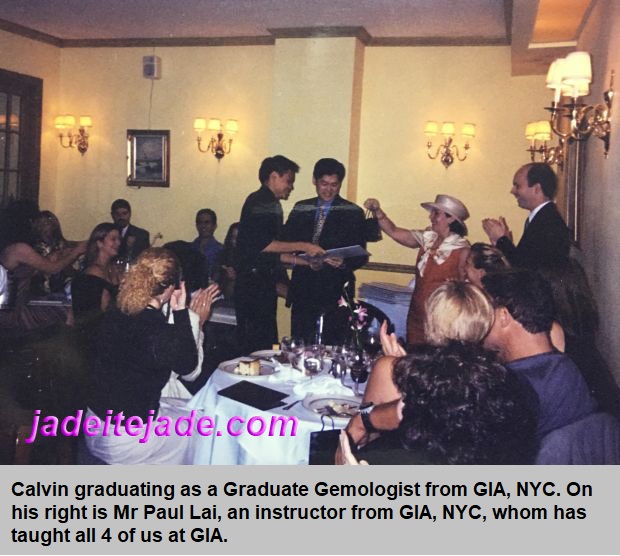 But what was left unsaid was, that would cost me an arm and a leg, maybe both arms and both legs as the cost of studying in USA for three was colossal and their age difference was small. So I had to bring in more bread, or perhaps I have to hock myself up to the eyeball with bank loans or to uncle every possession I ever had, just so as to finance their education. 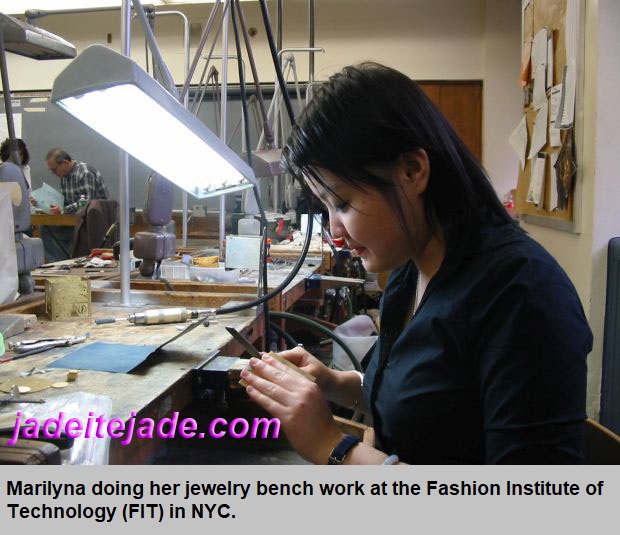 Finally, it had come to pass that the three kids did obtain their Graduate Gemologist at GIA in New York City at the age of early 18. They were the youngest in their class.  I did mine when I was 42 years and I was the oldest in the class.  The kids continued their education with a bachelor’s degree at the Big Apple, New York City. I did not have to lose an arm and a leg as the kids were street smart and they did well, earning their own keeps, by selling jade, diamonds, colored stones, jewelry and bric-a-brac items on ebay or working part time as diamond graders in a gemological laboratory.

Three cheers to the three kids! 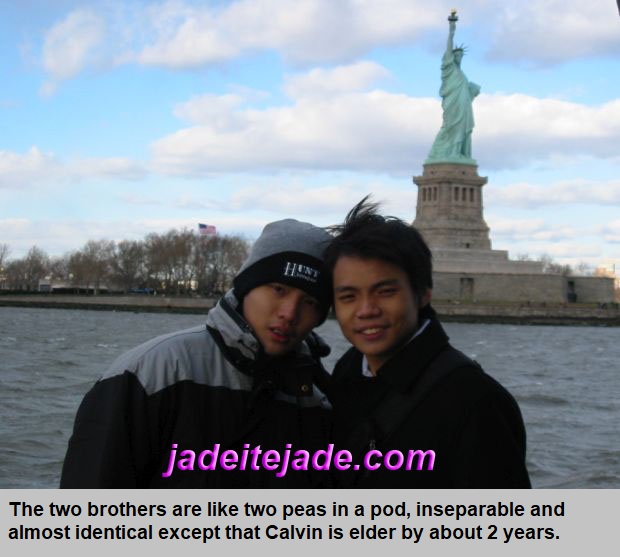 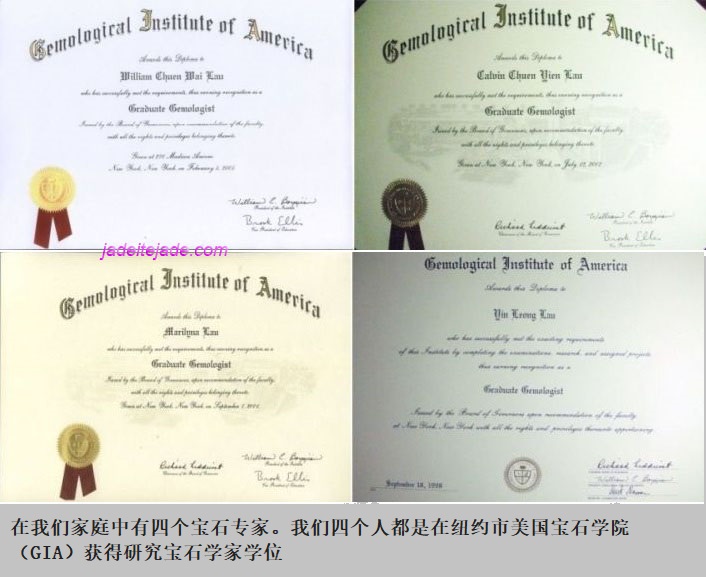 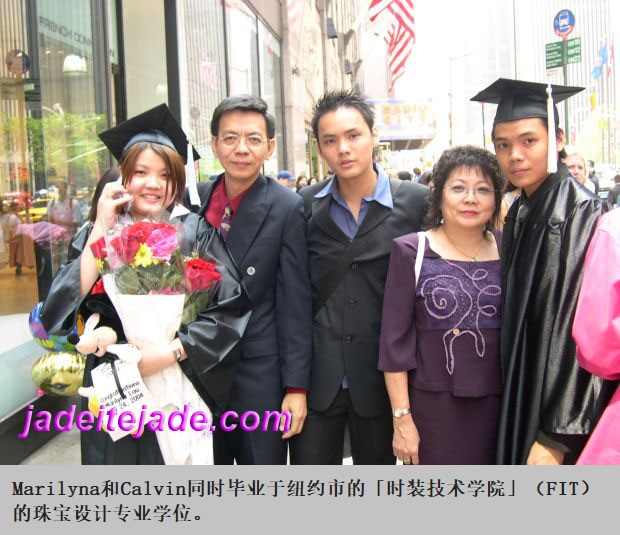 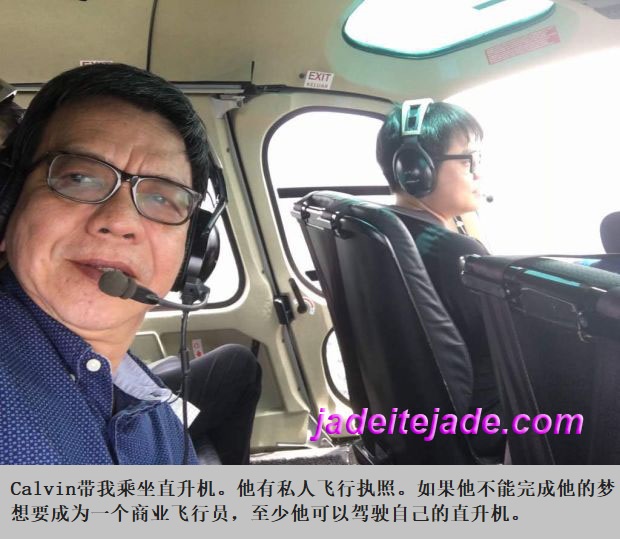 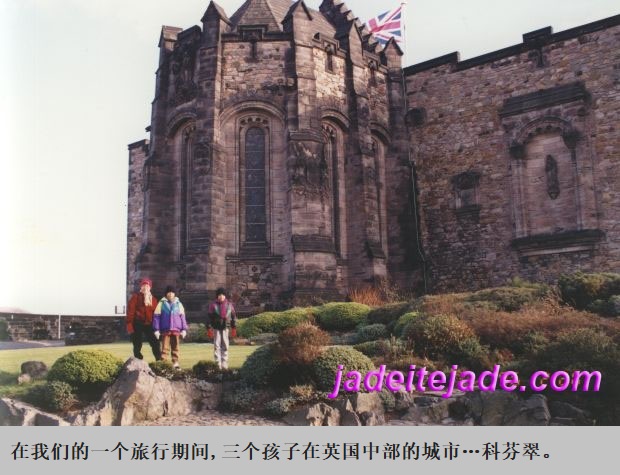 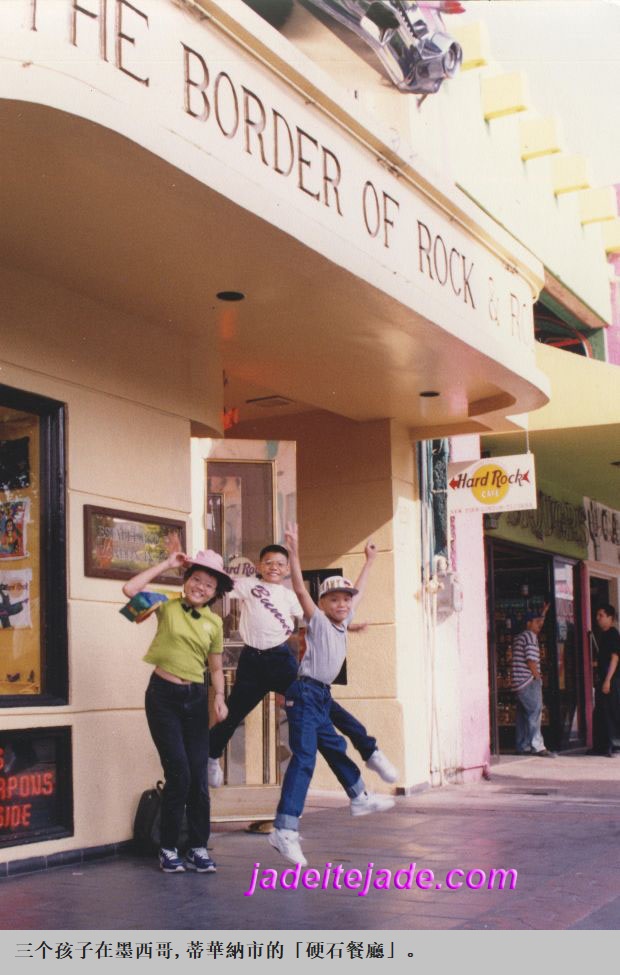 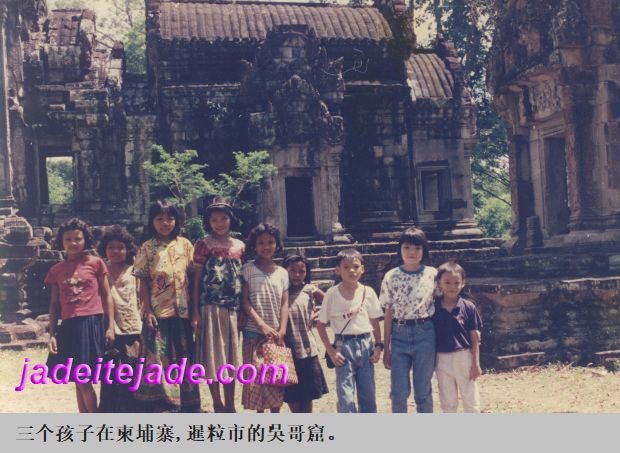 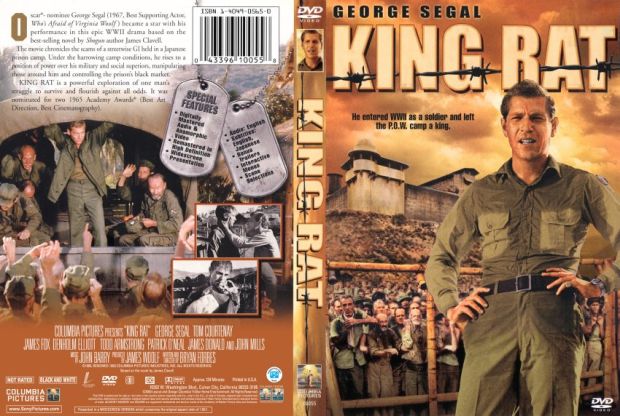 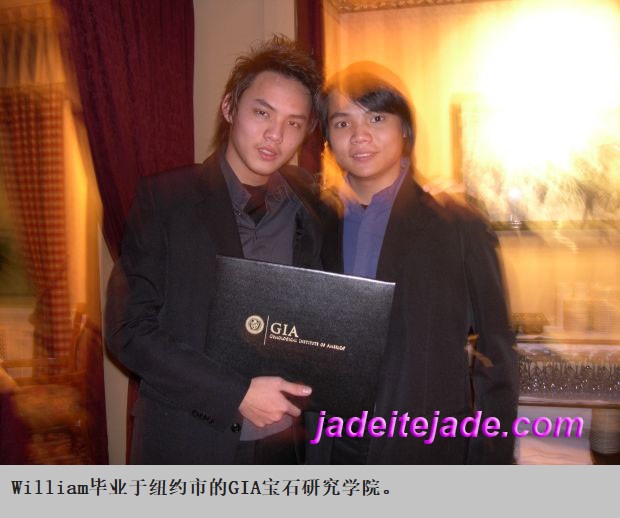 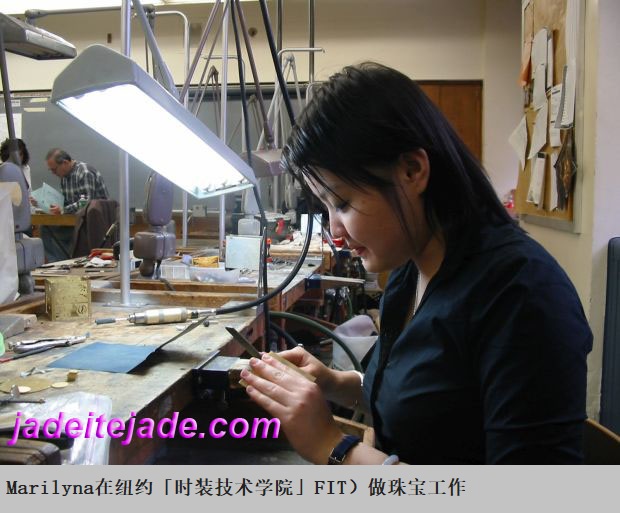 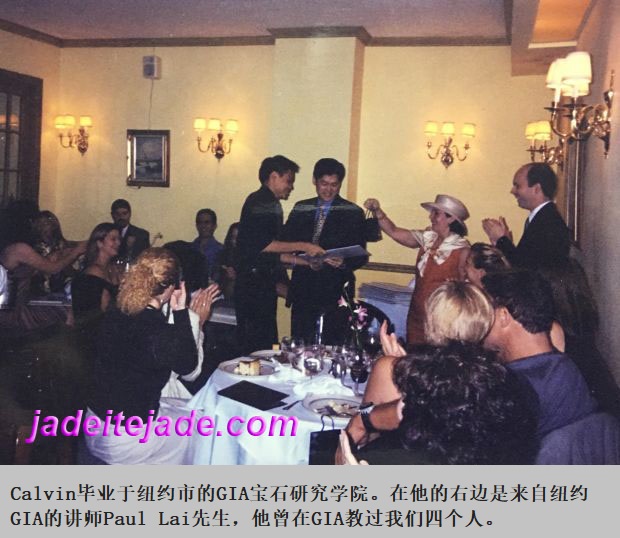 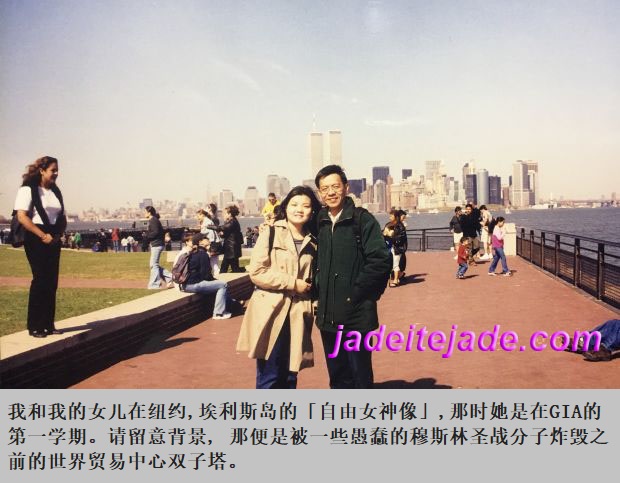 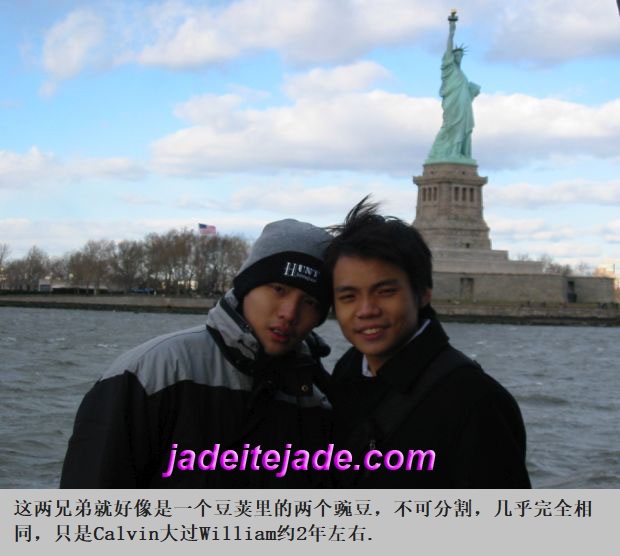 It is not a 19th century pendant! 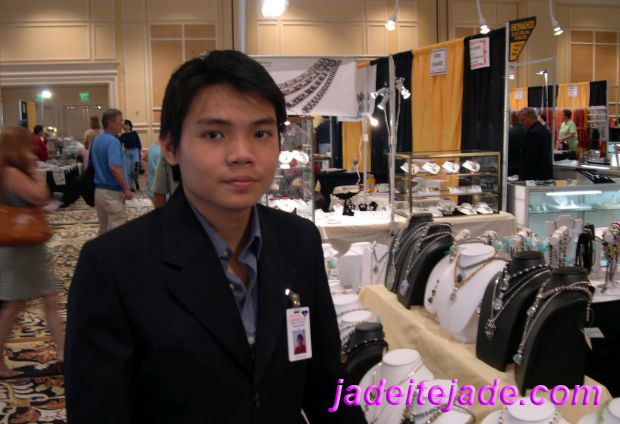 They are our customers! 他们其实是我们的客户啊！

Arthur - May 5, 2017
5
They are our customers, not competitors! 他们其实是我们的客户，不是我们的竞争对手啊！ Abstract: By the time they finished high school at age 17 or 18, I sent my 3 children to...