Abstract: In my 20 over years of travel throughout the Indo-China countries (Vietnam, Cambodia & Laos), Myanmar (Burma) and Thailand I have encountered many instances of counterfeit US dollars. Except for Thailand, the most used currency by a foreigner in these countries is the green back. The following post is one of my various encounters.

A couple of years ago Calvin, my second son, and I were in Mogok for a 6D/5N trip to the famous stone tract of Mogok in upper Mandalay, Burma. Mogok produces the finest and most valuable rubies in the world, and in the trade it is known as Pigeon Blood Ruby. Calvin had just recently graduated from the Gemological Institute of America (GIA) in New York City as a Graduate Gemologist (GG) when he was 18 years old.

So, I told him. Don’t ever be a desk-bound arm-chair gemologist. You had to go through the baptism of fire and worked the gems fields and mines, so that you can   gain an understanding and appreciation on the up-stream mining operations and activities.

Thus, Calvin would often accompany me to the jade mines, the ruby mines and the various jade markets in Mandalay and Yangon.  Travelling with Calvin was fun. He never complain when the going was tough, travelling for hours in a cramped jeep, sleeping in lousy hotels with no hot water for a bath, smelly rooms and rancid bed sheets, mosquitoes’ bites and flying ants, the air conditioner kept breaking down as electricity supply was erratic, even with the gen-set, very hot or clammy rainy weather, diarrhea, or when the food was not so agreeable we ate cup noodles for meals.

Anyway, it was a fabulous trip to Mogok. We travelled back to Mandalay for a night over to fly back to Yangon the following day.

That evening we had dinner at our favorite Western restaurant on one of the busy thorough fare streets of Mandalay. There were four of us, including two of my lady staff members who had been with me for many years.

Gosh! After the meal I realized that I had burnt all my Kyats, the local Burmese currency. On my back pack, I carried a sack full of kyats to Mogok and now I had a sack full of rough stones of ruby-in-matrix, sapphires rocks, cut rubies and sapphires and other gemstones specimens.

The bill came to about 75,000 Kyats, approximately US$72.00. I told the waiter I would pay in dollars. He grinned at me, a mischievous smile spreading on his face. Ah! most probably he would exchange the dollar himself and take a 15% cut on the exchange.

I took out a wad of US $100 bills from my inner pocket of my pant and peeled one out. Then I took out a pen and wrote down the serial number of the note of the Benjamin Franklin bill of US$100 onto the restaurant bill.

Immediately, I saw his crest fallen face. Bang! He could not exchange the dollar bill for himself, as his boss would see my inscription on the receipt.

Calvin was piqued. He asked, “Hey Dad! Why do you write the serial number of the dollar bill on the receipt?”

“Son, it always pay to be cautious.” I replied.

Then I regaled Calvin with one of my travel log episodes.

While we were having the ubiquitous Vietnamese ca phe nau, a strong brown coffee that dripped down from a silver metal filter into a cup, there was a commotion two tables away from us. A man was standing up, arguing with a waiter, his face was contorted with fury and he was gesturing wildly with the restaurant receipt in one of his hand. He was probably an American Chinese as he spoke with an American ascent. His companion, a young pretty fair lady, his wife or his mistress or his girlfriend or whatever, was sitting quietly with a cigarette poised in between her fingers, a bluish smoke trail wound lazily upwards to the ceiling fan.

The waiter holding onto the US $100 dollar bill kept on saying, “Sir, dis’ dollah no good!”

By now the commotion had drawn the attention of several diners in the restaurant and they were staring at the two men, who were like two belligerent cats on the roof of a house on a moon lit night, with their hackles raised, daring each other in a fight. From their heated conversation we learned that the argument was about the counterfeit US dollar. The American Chinese insisted that he gave a good US dollar and this was not the same dollar he gave. The waiter, with a calm and defiant countenance, stood his ground and repeatedly said that the ‘dollah no good.”

Then the restaurant supervisor appeared and spoke in faltering English to the American Chinese. “Maybe we call the Cong An to solve the problem.”

For a while, there was pin dropped silence at the mention of the Cong An, the Vietnamese police. The lady companion suddenly stood up and with a dismissive gesture killed her cigarette, opened her handbag and took a $100 dollar bill. She then took out a pen, looked at the dollar note and wrote something onto the receipt.

While the men yelled at each other, the cool head of a young lady prevailed. There was a sigh of relief as the matter was settled and the diners went back to their meals.

My Vietnamese interpreter spoke to me, “Arthur, maybe the Cong An is in it too. A $100 is more than their 3 month’s pay. It’s a criminal offence to possess a fake US dollar here.”

So, I thought, the Vietnamese were a practical and resilient lot, having gone through a few hundred years of war. Most Northerners may hate the Americans during the Vietnam War, but they loved the American green-backs.

I looked at Calvin and grinned, “It always pay to be cautious. This is to prevent anybody from swapping a good dollar bill with a dude.”

We had a real good decent dinner that night.

How To Use A Tweezers

When My Love Swears That ….. 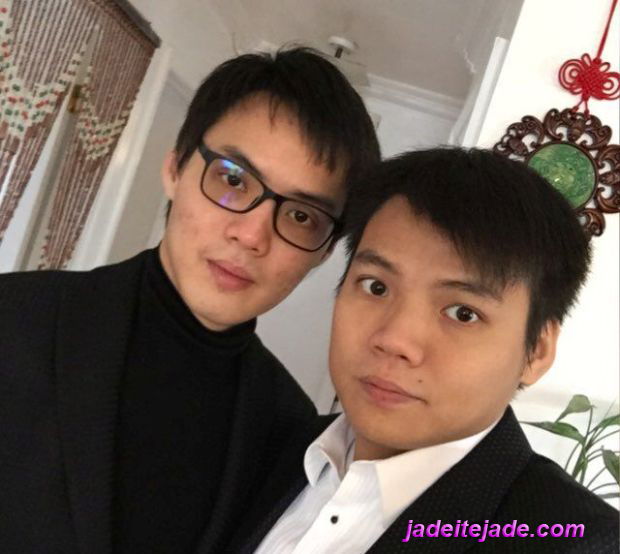 Arthur - May 20, 2016
2
Lesson: How the children learned about the international assigned code words for alphabets of A for Alpha, B for Bravo …. Last couple of months,...