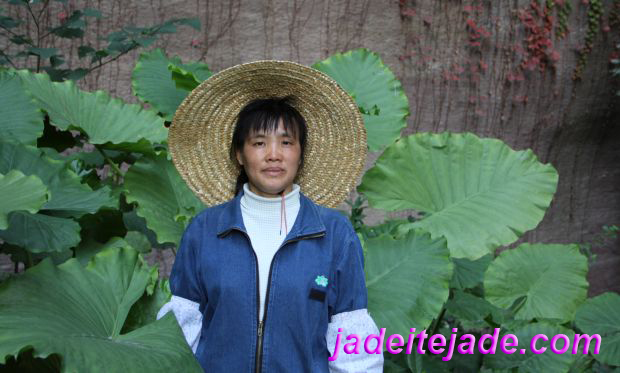 Brief: A couple of months ago, I visited the Lotus Hill in Guangzhou, China. As I was traveling alone, I need to take some good pictures of this scenic spot. And I chanced upon a woman maintenance worker at the park. She handled with ease my Canon DSLR EOS 500D camera as well as my Nikon Coolpix after showing her the shutter button. We broke bread together, so to speak, and she told me a wonderful tale.

To Be Selfish Is To Be Ugly

Lotus Hill (莲花山) is one of the famous hills on the Pearl River Delta located on the eastern sea board about 20km from the mega city of Guangzhou, China. It is one of the best preserved ancient quarry site dating back to the Western Han dynasty (206 BC – 24 AD), with reddish and ochre low hills of sandstone, the highest of which is about 108m tall. With its cliffs, perilous peaks, stelae, winding stone forests and grottoes, romantic names are assigned to each of these sandstones with labels like Lotus Flower Rock, Swallow Rock, Eagle Cliff, Goddess of Mercy Rock and the Lion Stone that dotted this ancient stone yard. 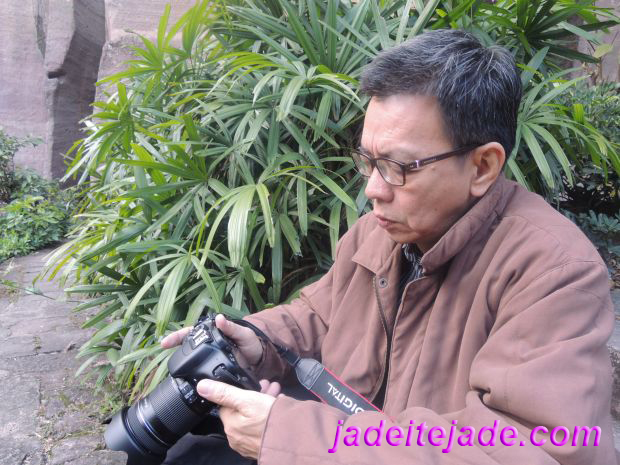 I was looking for somebody to take some photos for me when I noticed a woman sitting on the stone steps with a broom and a long handle dust bin, a hand woven straw hat and a small carry-on blue cloth bag by her side. She was in a blue denim jacket with a white half turtleneck sweater, the standard issue of maintenance workers in that park. I approached her and requested whether she would be able to ‘shoot’ some pictures of me.

Without hesitation, she got up and asked me to show her how to handle my DSLR Canon camera. I told her to use the view finder on the camera, rather than the LCD screen as battery life would last longer.

We walked around the park, with me as the object and portrait for the photo ops, and there I was standing or sitting like a stiff pole, while she had more poise and style behind the camera, handling it with finesse like a semi-pro. She would bend on her knees, squat on her feet, swing the camera around slightly to catch some particular behind scenes, catch the sun ray on my face instead of being back-lit and ask of me to smile and to tilt my head here and there. At one time, the shutter failed to release and she told me the battery was flat. 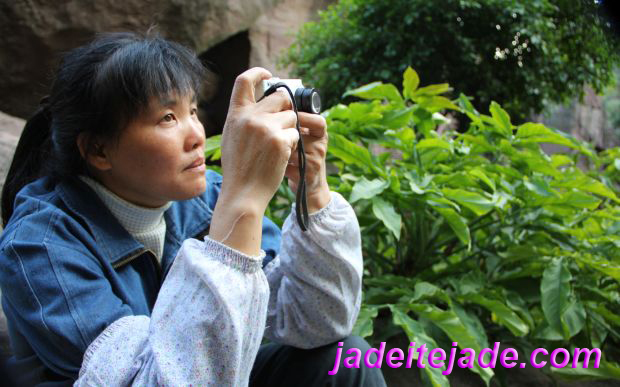 Ha! I really enjoyed myself seeing her with all her fanciful pose behind the camera.

We came to a wooden bench and sat awhile. We chatted for some time. She told me that she was a divorcee with a 15 year old son and she had been working in the park for more than 5 years, earning Renminbi 1,600 per month. (~ US$240). Her husband had run away after raking up hefty gambling debts. To supplement her income, she reared pigs, chickens and ducks and grew vegetables in the backyard of her house in the village. And she was still taking care of her mother-in-law, whose son had disappeared for many years.

Then I took out my wallet and gave her a bill of Renminbi 100 (~US$15), saying that this was just a small token for her help. With a smile and a somewhat imperceptible shake of her head, she refused to take it.

A thought crossed my mind. Was the amount too small?

On impulse I upped the ante. I peeled off another two bills of a hundred, making a total of Rmb300.  With a smile I offered to her, “This is for your son so he can buy something for himself.”

With grace born of naivety and innocence of a peasant woman, she again refused and said, “I am already being paid by the government. I often take pictures for tourists.” 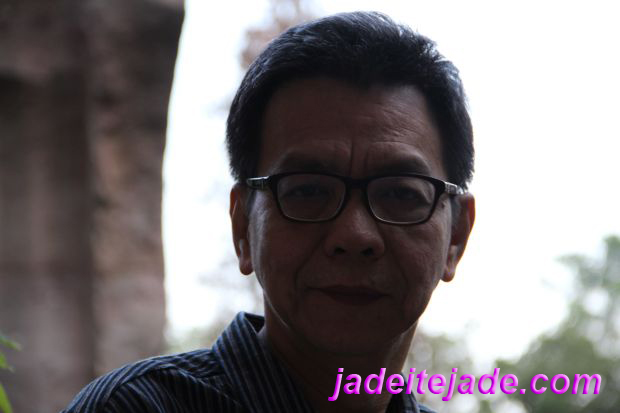 I quickly offered my humblest apology. This woman must be one of the last remnant proletariats of the utopian communist society as envisaged by former Chairman Mao Zedong where every citizens worked for the State with no self-interest. Even from his grave, Chairman Mao could still exhort some Chinese people to be loyal to the class struggle of the masses, down with all capitalist roaders, down with Western imperialism, down with the bureaucrats, the warlords and compradors, the proletariat will rise up against the bourgeoisie, the revisionist and the US paper tiger et cetera, et cetera, et cetera.

Then she got up and with a gesture of an open palm, asked me to wait awhile. She took out a small white towel and walked behind a faucet to wash her hands.

From her blue cloth bag, she fished out a small packet of brown paper, unwrapped it to reveal a darkish oily pancake. I kept an impassive face as I looked upon the grubby pancake with some dark edges of being over-fried.

“Do you want some? I share half with you.” She said, as she put her hand out towards me with the pancake in her palm.

Now this was really a moment of truth for me, to be polite and accepted half of her pancake or to be honest with her by refusing it.

“Thank you, I take it.” I said without any further thought.

Trying to mask my trepidation, I sank my teeth into the pancake.  At that instant my anxiety evaporated. Oh! That pancake was good, real good with the favour of a home baked wholesome flour, something which I had not tasted for a long time, while I was staying in a village. 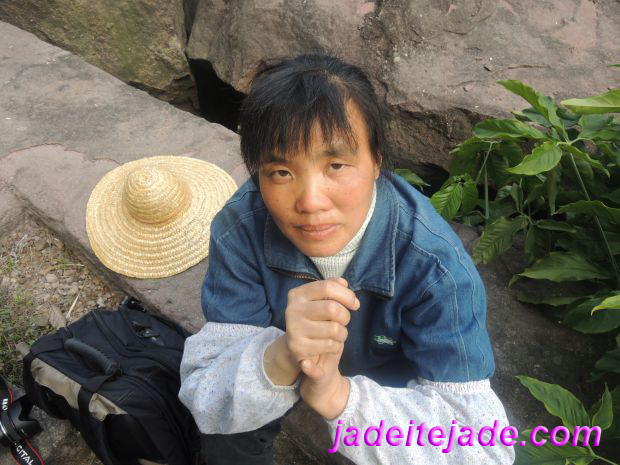 As I was munching the pancake I said, “Thank you for your generosity to share with me.”

She replied in between small mouthful of her pancake, “In the village we always share with our neighbour of the food we cooked or the fruits we plucked or the vegetables we grew. That was what my grandmother taught us when we were small.”

Seemingly enjoying every bite of her pancake, she continued jovially, “My grandmother often said that to be selfish is to be ugly. And she would then told us the story of the nun for the hundredth time.”

My interest was now piqued. “Oh! I love old stories from Guangzhou. Would you be kind enough to tell me?” I replied earnestly.

So, she narrated to me a beautiful story:-

High in the mountainous region in a Buddhist monastery in Northern China, one late night, a young maiden knocked on the huge door of the temple to seek refuge in Buddhism so that she may be ordained as a nun.

The Sifu, Reverend of the monastery, received her in the hallway of the prayer hall, which was adorned with a large bronze statue of a sitting Buddha in meditative repose and with numerous arahats and smaller statues of other Chinese deities surrounding it.

The Sifu noted immediately that this young maiden was from a family of the upper crust of the Mandarin class by her colourful fine silk dressing, her porcelain face, her jet black lustrous hair, her smooth fair skinned hand and the dignified manner she carried herself. She was puzzled too that why this beautiful maiden prostrating in front of her would seek to renounce all her worldly and materialistic desires for an austerity life in a monastery. But as chief of the monastery, it was not in her character to question the motive of anyone who desired to enter the gate of her temple for renunciation.

The Sifu directed two of her disciples to give her a light meal for the night. On the morrow this maiden was initiated to the laity of Buddhism as a neophyte with her hair shorn off revealing a nice rounded and clean pate. From then on, this young maiden was to follow the strict regimented life of a nun within the confines of the monastery. 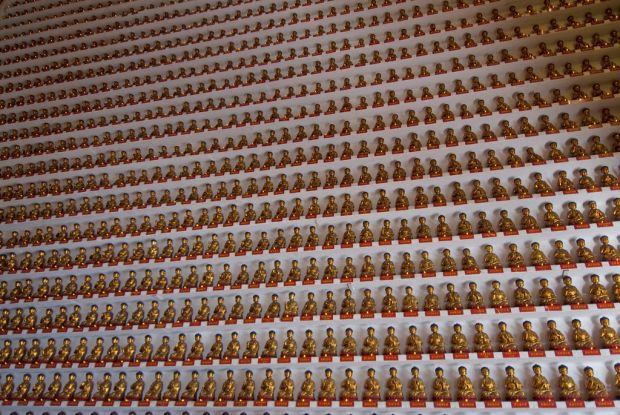 One day this young maiden was wandering around the vast complex of the temple, when she came upon a room filled with wooden statues of Buddha in various repose and in all sizes. All these wooden statues were carved by amateur carvers, she thought. She came from a family of artisan wood carvers, who would extract the most exquisite wood from LiuZhou to be carved into statues of Buddha and various deities as worshipped and perpetuated by the masses from all walks of life. LiuZhou was famous for the production of wooden coffins from its rich resources of trees of sandalwood, fir and camphor, and these coffins were well sought after by wealthy Mandarins who believed that these wooden coffins would preserve the body, long after the deceased had being buried.

Naturally she picked up the skill as an artisan carver when she was young. So she set upon the task of carving a Buddha statue from a piece of camphor wood she had brought along.

The Buddha figurine turned up to be the most beautiful and finely carved sculpture among the thousands of other Buddha statues in the room.

She was proud of her carving and other nuns who saw the figurine were also in awe.

Several days later, she noticed that the sweet scent from the incense she burnt almost permeated and wafted the whole room and other figurines were also taking in the fragrance. There upon, she made a sort of a funnel so that smoke from her incense would only be directed to her Buddha statue.

Not long after, her Buddha statue was covered with black soot.

It became the ugliest statue among all others.

Thus, I thought, this is a good story to write and to share.