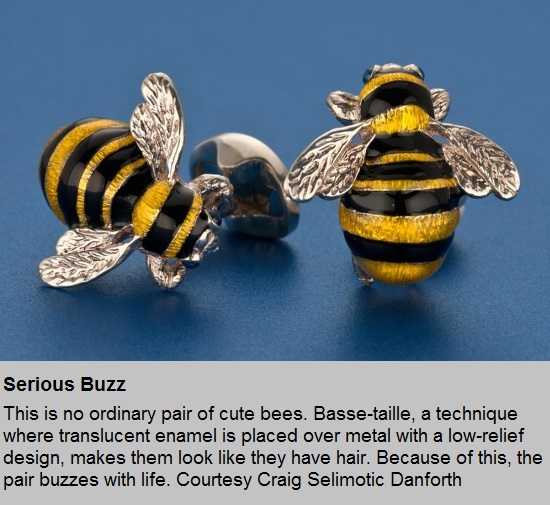 Some have wings. Some have six legs. Some can fly. They’re insects, and they come in a stunning variety. At last count, scientists have identified more than 925,000 species of insect. They elicit a wide range of emotions in people – from repulsion to fascination – and in the hands of imaginative jewelry designers, they become majestic monarchs decorated in diamonds, rubies, pearls, and other spectacular gemstones.

Just as a caterpillar turns into a butterfly, master jewelers take raw elements and transform them into wearable works of art. Put aside whatever preconceptions you may have about insects, and prepare to step into another world – one that you have passed by countless times but may not have ever noticed. 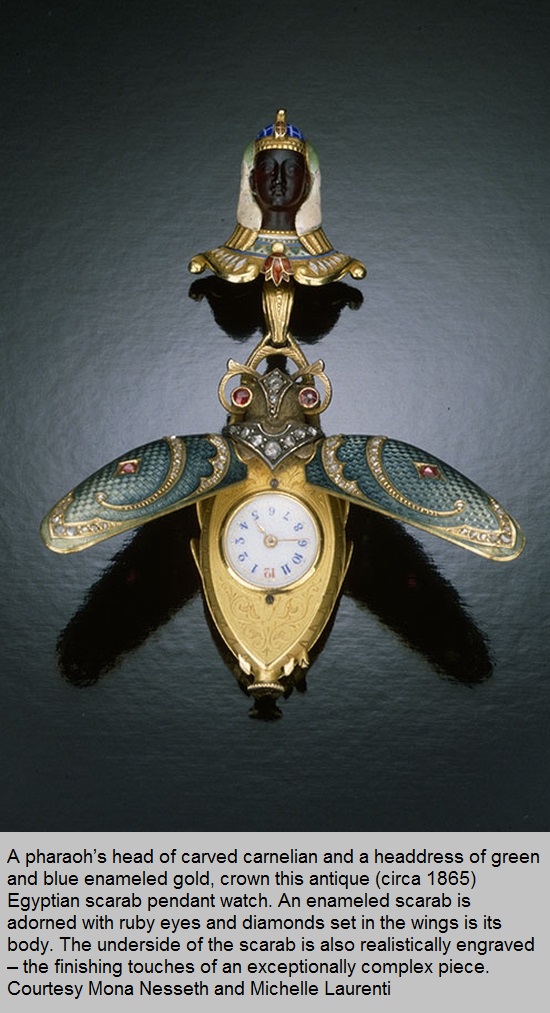 This antique (circa 1865) Egyptian scarab pendant watch is crowned with a pharaoh’s head of carved carnelian and a headdress of green and blue enameled gold. Dangling from the head is an enameled scarab with ruby eyes and diamonds set in the wings. The underside of the scarab is also realistically engraved – the finishing touches of an exceptionally complex piece. 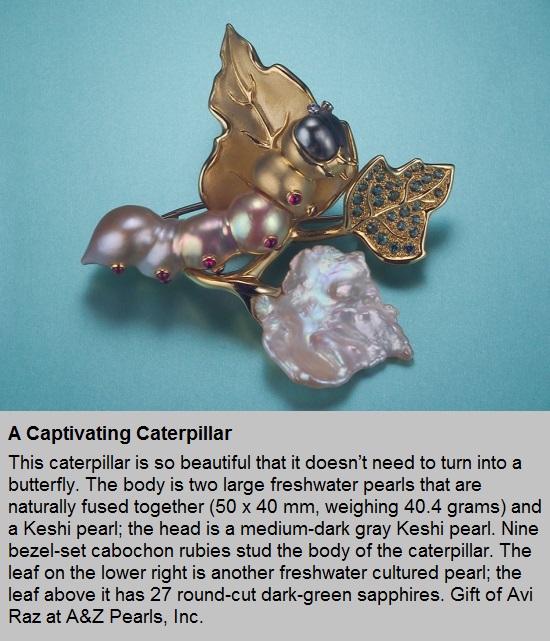 Making a caterpillar out of pearls is a leap of creative genius. The body of this bug brooch is two large freshwater pearls that are naturally fused together (50 x 40 mm, weighing 40.4 grams) and a Keshi pearl; the head is a medium-dark gray Keshi pearl. Nine bezel-set cabochon rubies stud the body of the caterpillar. The leaf on the lower right is another freshwater cultured pearl; the leaf above it has 27 round-cut dark-green sapphires. This caterpillar is so beautiful that it doesn’t need to turn into a butterfly. 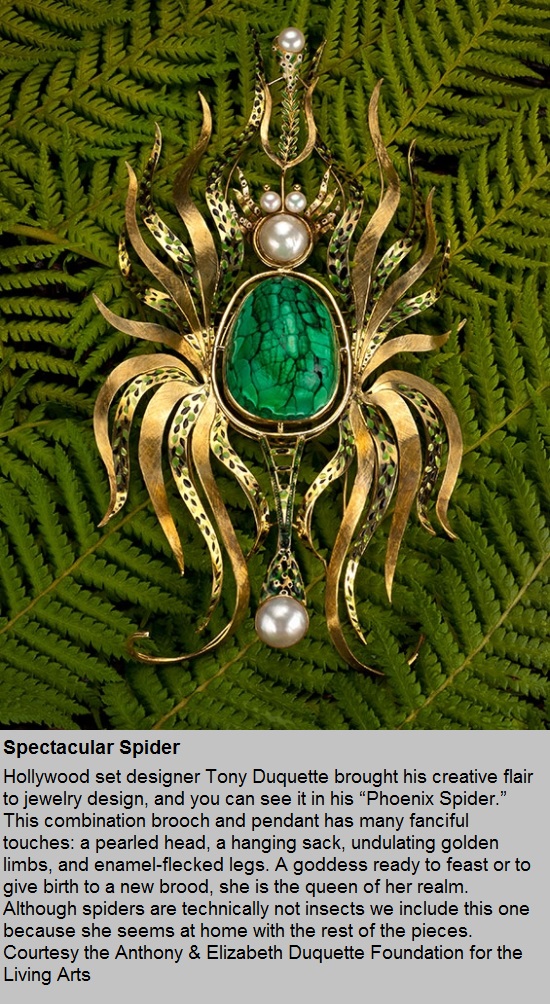 Hollywood designer Tony Duquette shows how far the imagination can reinvent a common bug with his “Phoenix Spider.” With her pearled head, hanging sack, undulating golden limbs, and enamel-flecked legs, this combination brooch and pendant is a fanciful creation by the famed set designer. A goddess ready to feast or to give birth to a new brood, although not an insect, she is the queen of her realm. 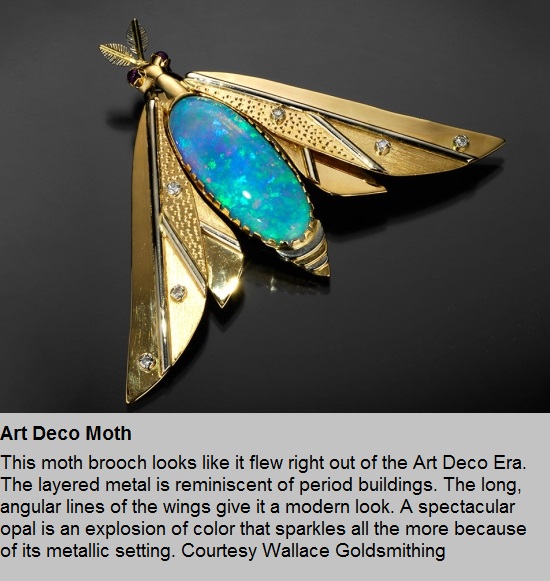 An Art Deco moth? Sounds strange, but that’s what you’re seeing. The layered metal gives the brooch an architectural feel of the era. The angular lines of the wings make it look as if it were in flight. The dazzling opal appears a bit surreal. So much for thinking that moths are the ugly stepsisters of the insect kingdom! 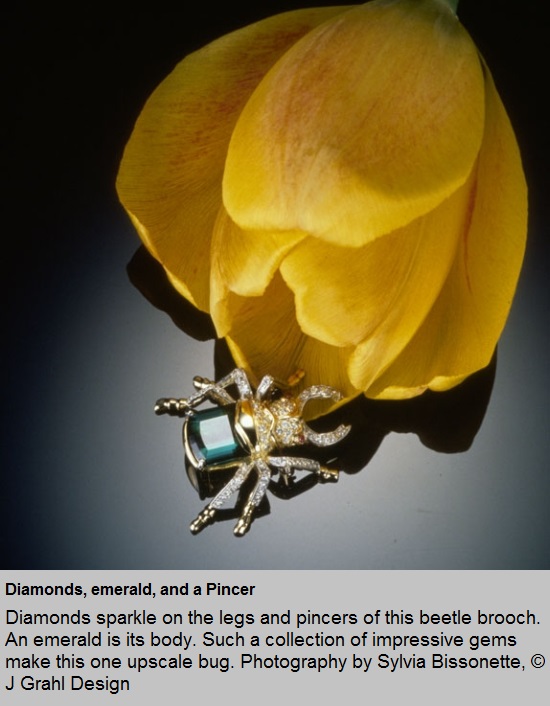 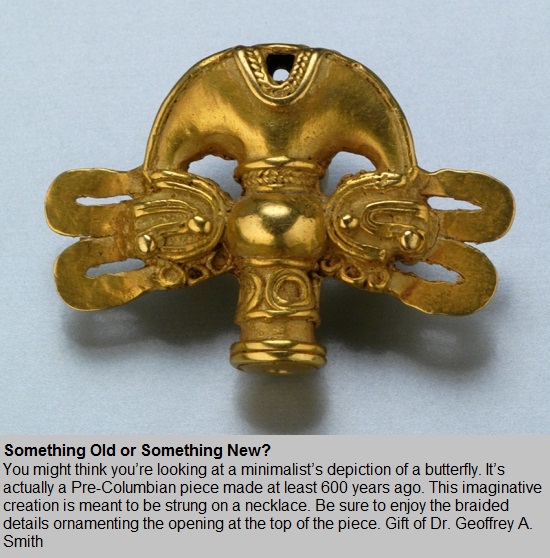 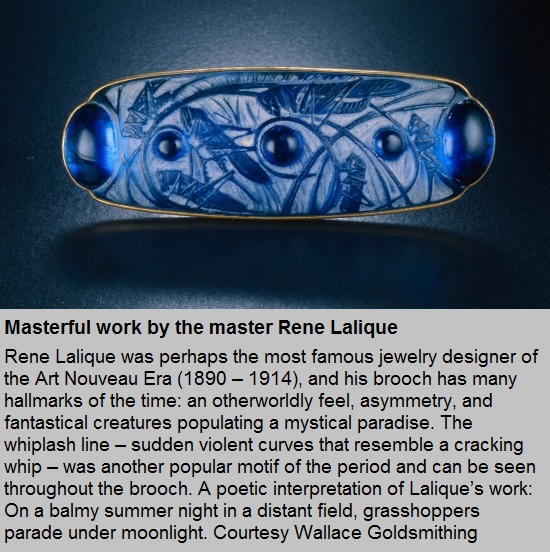 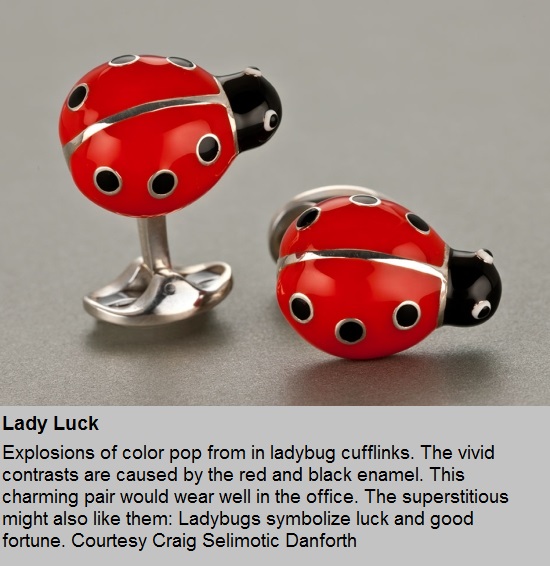 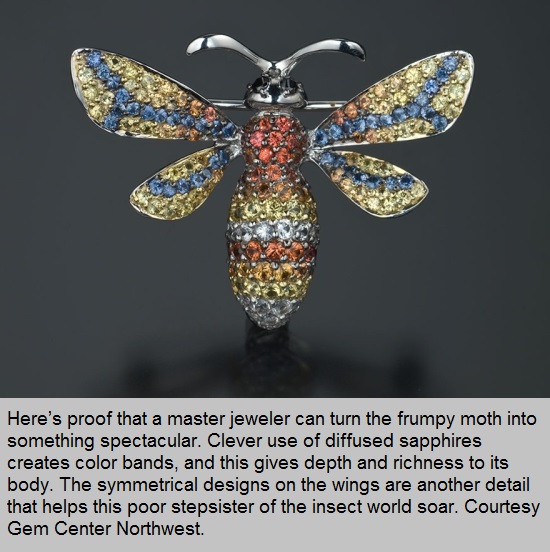 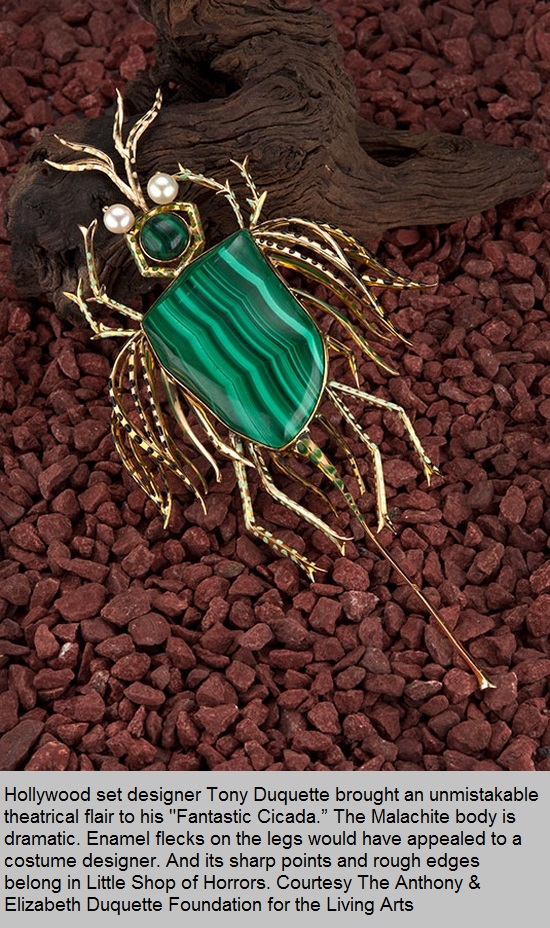 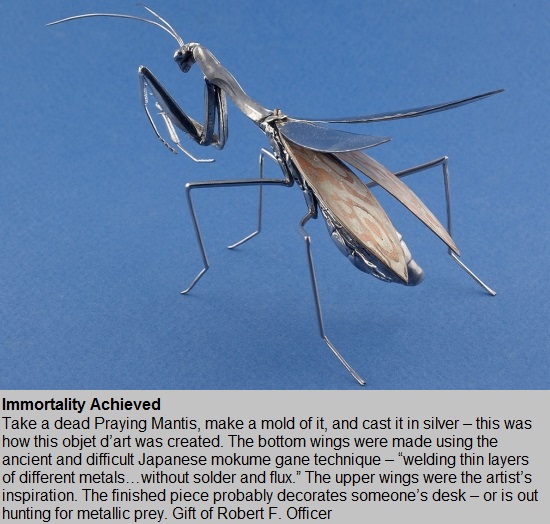