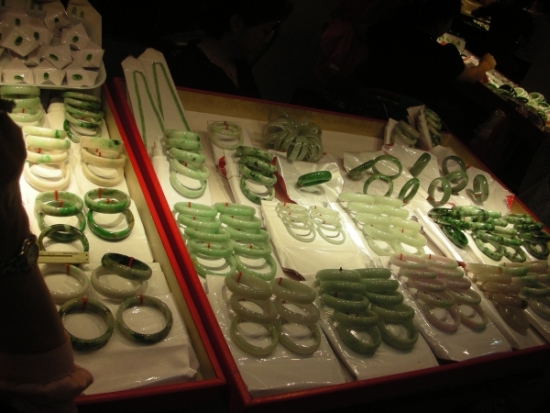 As a jeweler, if one sells a fake, it will come back to haunt that person, perhaps years later when one least expect it.

Or if a person is a qualified gemologist and is running a gem lab performing such services as identification of diamonds, colored stones or jade and the issuances of certificates and Identification Reports, it will also come back to haunt that gemologist if certificates issued are not in conformance to stringent laboratory testing.

It was through a hazardous journey of buying fake gemstones and jade in Cambodia, Vietnam and Burma (Myanmar) that I decided to quit my cosy job in Burma in the late 90s to do the Graduate Gemologist(GG) at the Gemological Institute of America (GIA) in New York City. Jade and gemstones are in my blood and I thought that after being fleeced so often, it is better that I can identify genuine stuff from the fakes.  I was the oldest student in my class at age 43.

Then when my daughter finished her High School at age 17, I packed her off to the Big Apple on a cold December day, to follow my footsteps if not my shadow, to do the GG at NYC. A young girl who had to throw away her dream of being a lawyer, living in a big metropolitan city all alone, and who had not stayed away from home for more than a month in her whole life. She was soon followed by her second brother and third brother. Sort of a do-re-mi, one key note after another. They were the youngest students in their class, all graduated before they reached 18, and all three did extremely well, at most times they could eye-ball a stone and made a call to its identity. Since young they have being sorting my gemstones which I brought back from those God-forsaken countries that I travelled and worked, all for the cost of a Macdonald or a Kentucky Fried Chicken meal.

So I often remind them: “Sell a genuine stone and you sleep better, sell a fake and it will come back to haunt you soon or even after years when you least expect it.”

Or if a person is in the business of a gem lab, especially for a small proprietor-own laboratory, it is easy to cut corners and skip some important tests and to conclude a stone as genuine or fake. I have seen a number of collusion between a gem lab and a jeweler to call a stone a fake when it is genuine or as genuine when it is a fake so as to run down a jeweler store in order to direct business to the gem lab proprietor friendly store.

After completing their GG, the eldest daughter and second son went off to do Jewelry Design at the Fashion Institute of Technology and the youngest did his bachelor of finance at Baruch College, all at the Big Apple. They worked part time and full time as  diamond sorter, diamond grader or sales assistance at some jewelry retail store at TriBeCa, China Town and at a Gem Lab in mid-town Manhattan.

So these 3 kiddos have being telling me their war stories, how to get the attention of the customer, how to handle irate customers, how to deflect questions to the boss when the store was selling fake items and how to think fast on their feet. It was also a learning process for me as well, an old dog needs to learn some new tricks too though at a slower pace.

In the next few posts I will share my experience with readers on some ass of a gem lab where they did a lousy job of jade and gemstones identification and thought that they could get away with it, after a number of years. 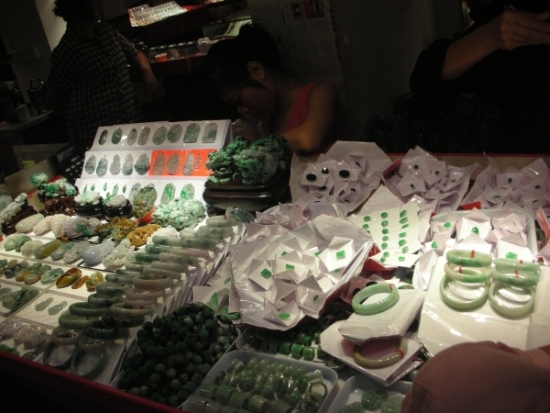 Are These Jade Carvings? 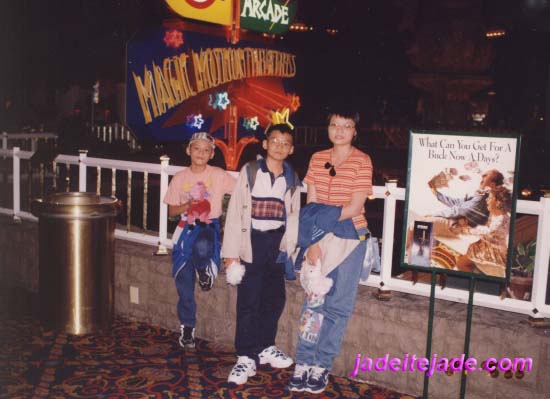 Arthur - June 2, 2014
0
Further to this post, Three Suckers Are Born Every Second, the girl and the two boys were exuberant about their winnings, three big stuffed...