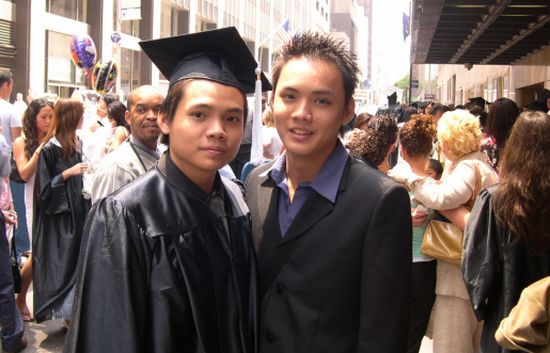 This is the 3rd and the final series of the episodes of the motor vehicles accidents by my two sons.  You can read the 2 earlier series here:

When Cal (second son) left for New York City to do his bachelor degree at the Fashion Institute of Technology, the Kawasaki Scramble Motorbike was naturally inherited by his younger brother, Wil.  Other hands-me-down paraphernalia for riding a motorbike also included two loose-fitting Crash Helmet, a bomber jacket and leather hand gloves.

Cal and Wil were very closed knit brothers.  Though they were two and half years apart, they were almost like two peas in a pod, often inseparable and often doing the same activities together.  To the dismay of their Tiger Mom, they would take punishment from her together when they transgressed and refused to pinpoint each other (or rat on each other as we used to say).  Often their Hero Dad was also in the fray to blunt off the wrath of Tiger Mom for when she meted out punishment with a rattan cane, it was not the pain inflicted by the cane that mattered but the shame of the reddish welt marks left on their leg calves for days that they were afraid of.

Anyway, Cal had been teaching Wil all the necessary trade craft of riding a bike safely.  Cal would tell Wil that motorbike accidents were not really fatal unless you crashed directly into a column of concrete at 80mph.  Cal often reminded Wil that whenever you met an accident you must always have the presence of mind to roll to the side road as the immediate clear and present danger were on-coming traffic that could not avoid the fallen motorist.  Or if you were flipped up in a motor vehicle crash, you must try to use your shoulder to break and land the fall, rather than your head even though you may be wearing a crash helmet. 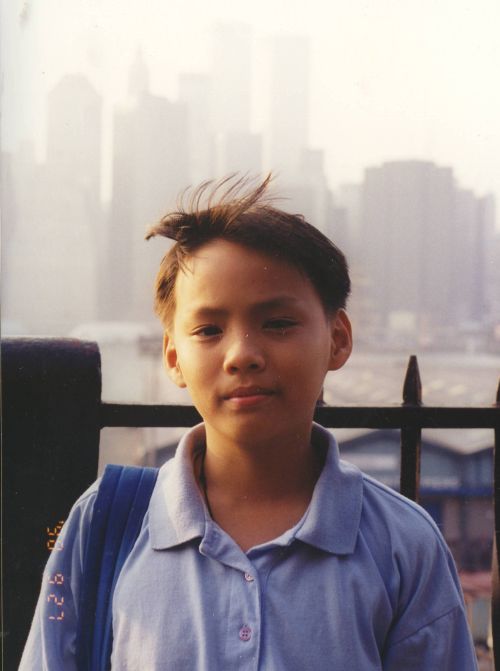 I often suspected that Cal did not go the whole nine yards.  Cal was a sort of ‘mechanic’, who had a keen interest in motor vehicles and could dismantle his motorbike and assembled it back.  Whereas Wil had no interest in all these mechanical handlings, all Wil wanted to do was to count his monies in his piggy bank every night.  So if Cal had been doing some wheelies, stoppies, or drag racing stunts, he had cleverly left it out of his agenda in teaching Wil the 101 motorbike survival kit.

Wil was scheduled to leave for New York City that evening of November 30 to do his Graduate Gemologist at the Gemological Institute of America when in the morning he crashed his motorbike onto a car running a red traffic light.

I received a call that morning from Wil’s mobile but the voice belonged to somebody.  I knew it was a bad and ominous call.

I rushed to the accident scene immediately.  Wil was lying down onto the side pavement.  His crash helmet was off and obviously he was in great pain.  But he was still conscious.   I exchanged information with the car driver who apologized profusely, short of admitting that he jumped the red light.  This was no time to argue who was right or wrong, the priority was to get Wil to hospital for immediate medical attention.  After collecting all the small items, I asked some passerby to push the bike to the side road and drove straight to the hospital.

Wil was immediately admitted to the ICU Casualty Ward in the local hospital.  I sat down on the metal bench to recollect my thoughts as I awaited the surgeon to give me an appraisal of the situation.  It was not a life threatening situation but Wil must be operated immediately.  It may take as long as 8 hours in the Operating Theatre.  Yes, please do whatever is necessary, I told the doctor.   I signed every form the nurse thrusted upon me.

Then I began to make phone calls to deliver the bad news.

I called Cal in NYC.  I knew that he was near hysterical but he maintained his composure and asked that the best doctor be available to Wil.  I told him that it was not life threatening but his right arm may be very bad.  Wil also told me that he remembered his brother’s lesson to land on his shoulder if ever he flipped up in an accident.  Cal called me every hour to check on his brother’s progress in the OT.

Next I called my mother and informed her that her grandson had an accident.  She was always my pillar of strength in times of tragedy, trouble and stress.  No worries I said, Wil would live.

Next I called up My Excellency.  She rushed to the hospital right away.  Her face was pale with fright, I hugged her and said that it was not life threatening.  Wil was in the OT now and all we could do was to pray that the operation went well.

My Excellency was mumbling unintelligibly some prayers, probably pleading in supplication for the Lord’s grace and mercy to see Wil through.  It was also fortunate that she did not say anything about the safety of riding a motorbike at this time, of which she so vehemently opposed in the past, nor did she claim her last hurray.  She was just in tears and all we could do was to await the outcome of the surgery. 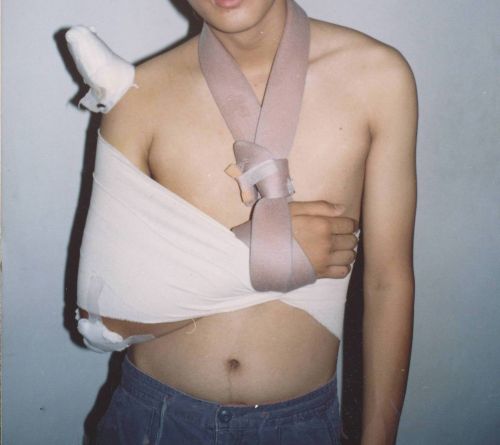 Wil’s injuries were quite extensive.  Three Kirchner wires of 8 inch length were inserted into his right shoulder so as to let the small fragments of the Scapula and Clavicle healed.  His forehead had a deep gash and he had lost quite a lot of blood.  But Wil was a bull.  He did not cry, he did not curse and he did not blame anybody.  He just kept to himself for the next few days, only occasionally talking to me or talked to his brother from NYC.

So we just deferred his admission to GIA for six months and postponed the air ticket to NYC to a latter date.

Three months later, the surgeon removed the 3 K-wires.  He asked Wil whether he wanted to take anesthetic or the doctor would just use pliers to pull them out.  Wil opted for the later and he told me that the pain was so excruciating that he almost fainted.

After the removal of the K-wires the doctor prescribed some sedatives to him.  When he awoke, I told him that the motorcycle was almost a complete wreck and there was little savage value.

“Are you going to ride a motorbike anymore?” I just could not help rubbing it in a bit.

Wil looked at me intently and remarked, “Sure Dad, me and Cal are going to get a Harvey Davidson huge bike of at least 750cc when we start to earn money.”  He closed his left fist tightly as a gesture of defiance.

My face suddenly brightened up and I pointed my right index finger at him, ”Hey boy! I love your attitude.  Never give up something because of a nasty fall.  Excellent!”

I nearly shouted into his ears and gave him a slight pat onto his right shoulders.  Oh, I forgot that he just had the K-wires removed.

He yelped with pain.

Is The Jade Pendant A Fake? 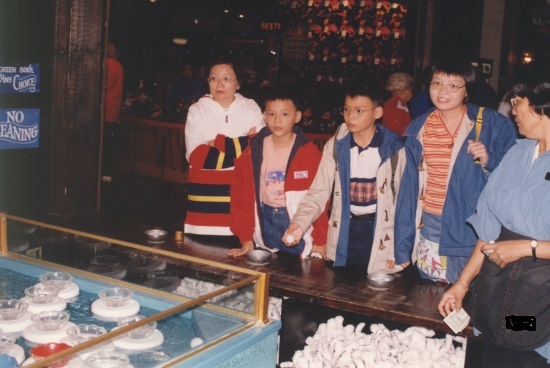