An old friend of mine brought me a piece of broken jade bangle for my evaluation two months back.

According to him, this was one of the many pieces found when a consortium group of miners were prospecting for minerals and coal in Kalimantan, Borneo.  They came upon a clearing which had the markings of an abandoned settlement, though overgrown with thick undergrowth a canopy of green algae and bushes indicated that it had been a sort of a community outpost which may had existed hundreds of years ago.

Then they began the earnest task of digging deep underground.  They hit pay dirt after about a hundred feet where they discovered a number of artifacts.  Among the various items they found were some jade and bronze utensils, jade bangles, statues of deities, stone masks, bronze and iron weapons and a number of personal effects which had been degraded by nature.

Of course, they kept this knowledge to themselves as they only had the license from the Indonesian government to prospect for minerals.  Any artifacts found would thus be the properties of the government of which it was mandatory for them to inform the proper authorities and surrendered whatever artifacts they found.

My friend told me that they had sent some items to a geological department in a Beijing university in China to have the items identified.  They identified that these may be some of the items left over by the Hui-Chinese Admiral Zheng He, (Hui means a Chinese who embraced the Islam’s faith) the great Eunuch adventurer, diplomat and mariner which ventured far and wide to Asia, Africa and the Middle East in his quest to expand the influence of the Ming Dynasty with a view that countries and states paid tribute to the Great Cathay Kingdom.  That era of Admiral Zheng He would place around the early 15th century.

Hence, these so-called artifacts may have existed for about 600 years.


I took some shots and a short clipped video of the bangle.

Now, look at the surface of the bangle carefully.  It was quite glossy and there was a heavy coating of lacquer or wax. Carving details were not intricate and it looked as if it was being carved out by some early implements.  This would lend authenticity to the artifact as tools and implements at that time were crude.

Now, observe carefully the fractured surface.  This was a dead give-away. The fractured surface looked sugary and granular, which was indicative that this was a mineral or rock and not any glass or man-made material.  If this bangle had been purportedly buried for the past 600 over years, then oxidation and calcification would have set in.  The corrosive nature’s elements would render the internal structure with brownish stains of oxidation and given that the capillary pores of jadeite jade were very fine, these brownish microscopic streaks would be present.

This bangle looked like a virgin rock, newly ‘minted’ and carved.

So, I told my friend, this ain’t no great fabulous treasure but some con job.

(Refer to my earlier post, 7a. HongShan Neolithic Jade For Sale, for more information on fake artifacts on the market) 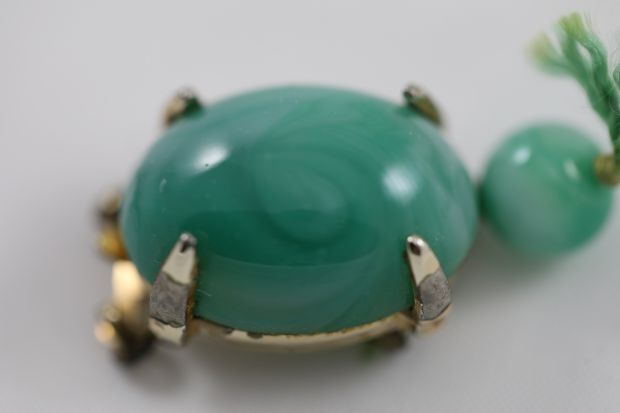 Can This Bangle Be Fake?

1 Today Is A Beautiful Day But I Cannot See….. 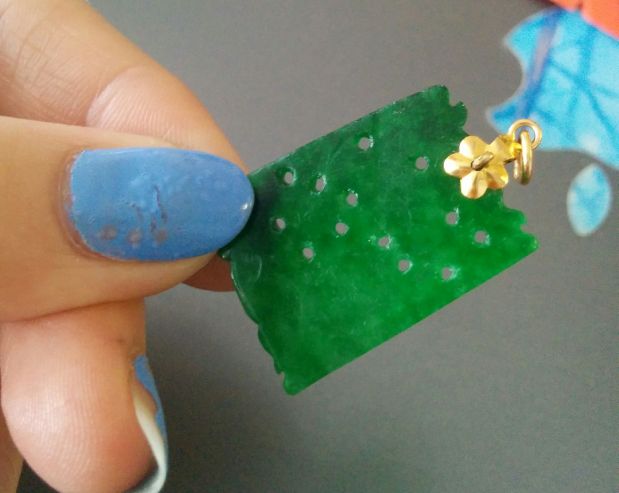