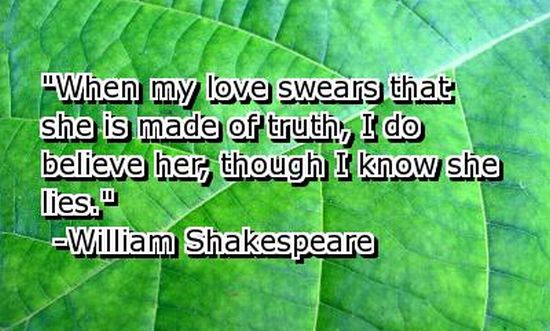 This post is the sequel following the thread from 2b. Coup de Foudre.

So we were in the semester break.  We had not seen each other for perhaps 2 months.  Then we went for a leisure trip to an off-shore island with a group of her friends.  We had a wonderful time and that was about the last of the happy days.

It came slowly and subtly.  I kept writing daily letters to her but she never replied. Calling out-of-state was expensive and I could not get her too. Her place was very far from mine and it took me 2 days to travel there to meet her.  She refused to come out and warned me not to go to her residence.

When semester re-opened again, I met her for the last time. We sat on a bench and she told me that “I have never known that our love would bring me so much trouble.  I want a respite to think things over.  So see me no more.”

There was no Dear John letter, she just said good-by and no more, kind of neat, straight forward, no regret nor tears, a cool nonchalant indifference and a clean surgical cut at the jugular and heart all in one mastery stroke and without much fanfare.

I knew that it would serve no purpose to prolong the matter.  Her body language told me all that I needed to know.  I put up my hand in a hand-shake gesture of offering the olive branch that peace be upon us and if I had hurt her I was sorry.  Or perhaps said some sentimental foolish things like “You take care” or “We part ways and still be friends.” I waited in silence with my proffered hand for perhaps an eternity.  She refused to shake my hand.

Then she walked away.

Sure, I was over-the-hill for a long period of time when she dropped the curtain on me, but I never hit the bottle or take any substance abuse nor think of jumping off a cliff.  That was kinda stupid. And I began to reflect clinically on the happenings of the past 9 months.

The opening sentence of Sonnet 138 by William Shakespeare had a ring of profound truth in it. “When my love swears that she is made of truth, I believe her though I know she lies.”  The small lies, the little inconsistencies, the one plus one equaled something else and maybe some other trivialities she said in the past had all come back to me in a flash that when you added up all these little parts it was greater than the whole.  I was just bedazzled by her presence when I was with her and I would not like to be suspicious.  To be fair, she was as much in love with me as I was in love with her in the past.

I knew the answers already as a do-gooder little bird had told me to be prepared for a break-up immediately after the off-shore island holiday.  But I was not prepared for a cruel number she did on me.  And the story went like this …….

From that time, I began to read poetry and wrote a few sad ones too.  And they said that to be a poet you had to be wholly in love or out of love, never in between.

When you were in love the world was at your feet, you walked high o’er clouds, you would stand in awe basking in the glory of the morning sun, you saw the handicraft of God in the sunset glow, the flowers suddenly took on a colorful perspective and all your sensory perceptions were so awakened that you were keenly aware of the beauty that surrounded you. That was when your creativity would be at its peak and you could perhaps fly without wings.

When one fell hard on love, there would be a void, the emptiness caused by the sudden elapse of love.  The heart might be filled with pent-up emotions, enraged feelings, irrational and conflicting thoughts, perhaps hatred or perhaps forgiveness and when one was at its lowest ebb, there might be a burst of creative energy.

In both extreme circumstances, awareness created memory.  Years later, I could still recall those moments.

In the midst of it, I found that part of a poetry by Alfred Lord Tennyson’s poem in Memoriam: 27, 1850 that may give some consolation to the aching heart.

So much for coup de foudre…… .

Can A Broken Jade Bangle Be Worn Again?

All In A Day’s Work As A Jewelry Sales Associate

Arthur - June 5, 2010
107
Knowing a lot on a subject can be ‘dangerous’ but not when you can think fast on your feet…. Occasionally if you are working for...