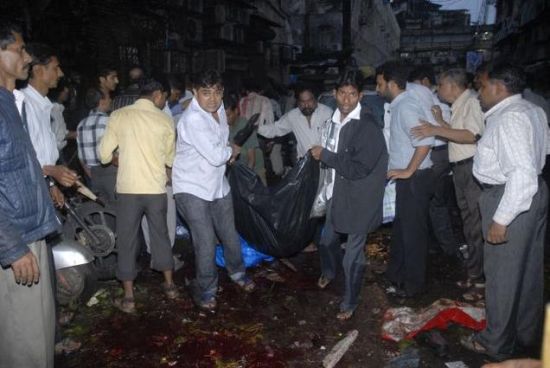 As many as six Mumbai diamond dealers may have lost their lives as the result of the July 13 terrorist attack in the Opera House district, according to reports from India.

One of the bombs exploded about 500 meters from the Panchratna Building in Opera House, a building mostly comprised of diamond companies. Another hit Zaveri Bazaar, a leading jewelry district, while the third hit Dadar, another area of Mumbai not connected with the industry. The current death toll from the three Mumbai bombs stands at 17, with as many as 131 injured, reports say.

Sanjay Khotari, vice chairman of the Gem and Jewellery Export Promotion Council, the industry group, tells JCK that heavy rain led the area outside Opera House to be less crowded than usual, reducing casualties.  “We were lucky in that respect, otherwise casualties would have been higher,” he says.

The diamond market was open on Thursday, July 14, though it will be closed on Friday, July 15 for a day of mourning. On Saturday, offices will reopen with a condolence meeting in the evening.

“There is no reason to sit idle,” Khotari says. “It is business as usual. The terrorists want us to get panicked. We will show them that won’t be.   We want to give the message that everyone will be taken care of properly.  The whole industry needs to show the terrorists that we are not afraid.”

Khotari says the upcoming India International Jewellery Show will be held in Mumbai in August as originally planned, and that security will be beefed up.

Rajiv Jain, GJEPC chairman, also vowed in a statement that the industry will press on, saying it will not be “browbeaten by such acts of cowardice.”

As it has with similar events in the past, the rest of the diamond trade rallied behind its colleagues in Mumbai.

World Federation of Diamond Bourses President Avi Paz said in a statement: “I extend our organization’s sincere condolences to the families of the victims and send our best wishes for speedy recovery to the wounded.”

Diamond Dealers Club of New York President Moshe Mosbacher added: “The goal of terrorists is to disrupt our regular existence, and we can best combat them by refusing to do that. On behalf of the New York trade, I pledge to our colleagues in India that we will do all that we can to ensure that life will continue as before, and the ties and relationships that connect us will be strengthened.”

Antwerp World Diamond Centre president Nishit Parikh said his community’s “hearts go out to the families of those killed and injured in this terrible attack.”

Arthur - February 27, 2011
0
Abstract from Article by Rob Bates Last week, The New York Times, in a fascinating article, charged that JC Penney had improved its rankings in search...