Constipation is perhaps one of the most uncomfortable feeling for a person.  Something toxic is stuck inside and as days go on without its passing out, it gets hardened and bigger and it will be more difficult to excrete on its own.  As it might get absorbed back into the intestinal system, the stomach would bloat causing him uncomfortable tummy pain, frequent flatulence as well as lack of appetite.   Most times an elderly person tries to resist sitting onto the almighty throne to do his business and thought perhaps it will take care of its own.

Bed-ridden people can undergo significant muscle atrophy as a result of decreased activity as the muscles lose its tone and the loss of calcium from his/her bones.   Hence, the daily or least once in two days bowel motion of an elderly person is very important to his or her health, especially one who is confined to bed or a wheelchair and his/her ambulatory movement is severely restricted.

My father has been confined to a wheelchair for almost two and a half years.  We watch his bowel motion quite closely and most times we have to use enema to help him ease himself.  Every morning mother will cut an apple for him and feed him on a diet of high fiber food.

But that is not enough.  Many times I have to administer the enema onto his anus to ease him.  Ah, don’t leave it to the maid.  She would just make him sit on a commode chair and carelessly insert the enema.  The enema would just splash off due to gravity under its own liquid weight and it would only lubricate his anus slightly.

Donning a surgical mask and a rubber hand glove, I would make him lie down sideway on his bed on top of a rubber mat and pumped two enemas in swift succession.  Father would then at once scream excitably that it was coming, coming, coming……. No, he has to lie down for a while and with practice, I could easily get him to sit upright and move him out of the bed and onto the commode chair.

At first the pungent stinking smell and the ugly sight of a few big lumps of excreta may put one off, but after a while I got used to it.  Now I don’t even have the nausea feeling anymore when it is time to nurse-maid him.   At least my father’s hand is still agile and he can wipe his own ass.  I have some yoga training and I can hold my breath for some time, ah, long enough to take out the pot from under the commode chair and flushed the smelly stuff onto the toilet bowl.

One day I was back from overseas and I knew that father had not been doing well on his bowel motion for 3 days.  His face was pale and he was quite agitated.  Mother was getting worried.   On seeing me he was all happy and smiles.  Now, I had to pump him with 3 adult enemas and made him lie down longer on the bed until he ‘screamed’ that he could hold on no more.

Oh gosh, that big lump was almost the size of my fist and it stank to heaven high. Now happiness was the big shit had come off.  I could see the immense relief on his face immediately.

On the next trip to the hospital for his medical check-up, I told the doctor that his bowel motion was not good and that we had been using enema almost everyday.  The good old doctor, no he was a young doctor, prescribed a laxative Lactul Solution for him to take on alternate days.  Lactul Solution is a mix of galactose and lactose and helps to break up the excreta as well as to lubricate the intestines.  We just have to ensure that he did not develop diarrhea and to use Lactul when necessary.

Since then, father has no more problem with his bowel motion.

My Jade Bangle Is Real 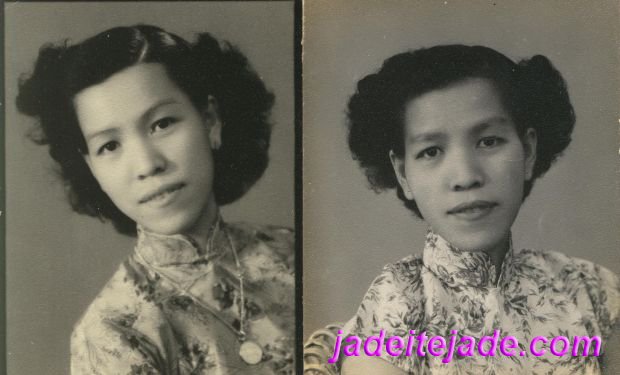 Eat All Those Damned Lemons!

Arthur - June 14, 2016
5
Eat All Those Damned Lemons! Question: It has often being said that when life hands you a lemon, then make a lemonade out of it....