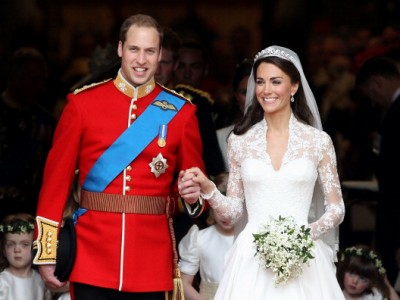 Kate Middleton’s veil is constructed of ivory silk tulle and trimmed with flowers hand-embroidered by the Royal School of Needlework.

Prince William is commissioned in all three of Great Britain’s Armed Services and has actively served with both the Army and the Royal Air Force. He wore the uniform of Colonel of the Irish Guards.

Prince William and Catherine Middleton are now known as The Duke and Duchess of Cambridge. 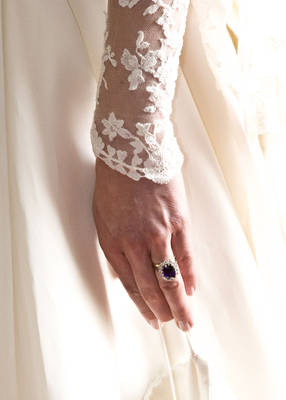 Prince William had a little trouble placing the snug gold wedding band onto Catherine Middleton’s finger during the wedding ceremony, but it glided into place after passing her knuckle. She slid her sapphire and diamond engagement ring in front of the yellow gold band before attending the Queen’s reception for the couple, held at Buckingham Palace.

Kate’s gold band was fashioned from a piece of Welsh gold, a tradition for British Royal Family members. William will not wear a wedding band.

Adapted from : www.jewelry.about.com by Carly Wickell.

Are These Jade Carvings?

Arthur - May 13, 2011
0
A couple who owns a jewelry store in Los Angeles were each sentenced to 37 months in federal prison for illegally importing and selling...