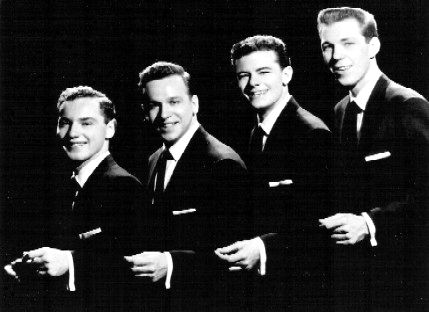 I have a great fan as my reader, one Dr in his mid 70s, residing in Mexico.  He is one chap that all bloggers and website owners love to have.  He gives me critical comments on my posts, amends my English, gives me new ideas on what to write, heaps praises on me on many occasions and puts me back in my box occasionally when I gotten carried away with a writer’s ego when I write something stupid or factually not correct.  He reads every word on my website.

Now he is the gentle old Doc of German heritage, born and raised in the Good Old US of A, resides in Mexico and a man of great intellectual depth and knowledge.  Of course, as he is in his mid 70s he is not a baby boomer but may have contributed to a few off-springs of the baby boomer era.  He has traveled the world, lived in many places, soaked up a diverse of cultures and traditional practices and now he is living out his gracious senior years in a ranch.   His knowledge of gemstones is better than many experienced gemologists.   His political and religious views can be controversial at times and if I am to debate with him on some New World Social Order, I will lose before the grand discourse even begins for I will inadvertently goes back to the Old World Social Chaos.  So, he is a sort of my mental and intellectual guru, quietly grooming me on my greatest desire to be a great hotshot writer.

I say he is a dental surgeon, he says he just scrapped through his medical exams, I say he is a ranch owner owning many many heads of cows and horses, he says he is just a ranch hand roustabout, I say he can ride a wild horse with no saddle-up like some gun-slinging Wild Wild West Cowboy or some rodeo horse tamer with a complete outfit of cowboy boots, crop and all, with his hat dipped strategically below one eye and his scarf is apricot (to borrow from Carly Simon’s song, You are so vain), he says he can only ride a donkey,  I say he speaks a dozen different languages fluently, he says he can order a cuppa coffee in many languages, I say he has an excellent command of English, he says he is still trying to learn the complicated English language.  I say, he says and she no says (as no ladies are involved) but I have to tell good old Doc one thing.  I own this blog and website and I have the final say.  Ha Ha at times like this, I have to indulge in a little display of one-up-manship.   Anyway, he is humble and unassuming and always ready to lend a hand and may lend his land to me in future if I need some space from this rat race to write my innermost feelings and thoughts for a New Age World of Social Disorder.  What say you, Doc?

Now Dr always sends me many lovely mails of great and current interest.  He read I will soar again and Old Timers – Group of 7 and he had a great laugh.  Last week he sent me these great video clips of the 50s of a group of singers called The Diamonds.    Good Old Doc commented on his email, “This is good…the same artists 47 yrs later…the main singer still looks the same..but da other ones sure don’t….”

I thought I should make it a post.  For those baby boomers born around that time this two videos are excellent. Thanks Doc.

The Diamonds were a Canadian vocal quartet of the 1950s and early 1960s who rose to prominence performing mostly cover versions of songs by black musicians. The original members were Dave Somerville (lead), Ted Kowalski (tenor), Phil Levitt (baritone), and Bill Reed (bass).  Doo-wop is a style of vocal-based rhythm and blues music, which developed in African-American communities in the 1940s and which achieved mainstream popularity in the 1950s and early 1960. With its smooth, consonant vocal harmonies, doo-wop was one of the most mainstream, pop-oriented R&B styles of the 1950s and 1960s.

In 1953, Dave Somerville was working as a sound engineer for the Canadian Broadcasting Corporation in Toronto, Canada.  One of the shows produced at the CBC was Pick The Stars, a local talent show. He noticed four gentlemen practicing in the hallway for that show, and stopped to listen. After exchanging niceties, Somerville offered to be their manager. This group was composed of Stan Fisher, Ted Kowalski, Phil Levitt, and Bill Reed. They agreed and for the next several months, Somerville provided tutoring, and got practice time in un-occupied studios at the CBC.

That Christmas, the group was to sing for a Christmas party at a local church. That date conflicted with lead singer Stan Fisher’s studies for a law exam; Fisher decided he needed the study time. Since Somerville knew all the songs, he took Fisher’s place. The audience reaction to the Somerville-led group was so tremendous that the group that night decided to turn professional. In one fateful decision Fisher decided to stay in law school and not continue with the group. Somerville became the permanent lead, and that was the night The Diamonds were born.

Arthur - March 21, 2011
0
Cameos, carvings or simulated carvings featured raised images of faces or figures, are once again back in vogue. One of the first glimmers of...