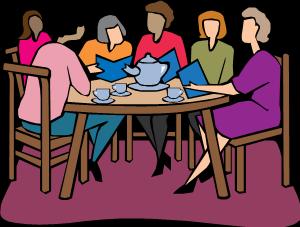 Last month I had lunch with a group of ex-colleagues.  There were 7 of us, so I just collectively called us the Old Timers – Group of 7.

We were all old colleagues working in a foreign bank.  I have not met two of them for more than 10 years, 2 for a couple of months and the other 2 we just had a quick lunch last month.  It was a pleasant lunch where we reminisced on old times and talked about the present time.

So to get my jollies I write up this post, just for the heck and fun of it.

Here is a quick profile taken as a group:

We have a grandfather, a grandmother, a mother-in-law, a father, a mother, a bachelor and a bachelorette. Quite a diversity if you will to analyze our group.  Together we have a few hundred years of commercial and banking experience and we could form a fantastic think-tank consulting group, maybe we could call ourselves, the Banking Consulting Group.  Excuse me, we have nothing to do with the Boston Consulting Group and their famous Stars, Cash Cows, Dogs and Question Marks Matrix.

Out total age came to 387 years with a mean of 55, if it was a day.  Our total working experience in commerce would be around 264 years and is still counting.  Our banking experience came to 240 years and is not counting, as all of us are either retired or have gotten out before the messy 2008 sub-prime Black Swan event first triggered off in the US by those so-called financial derivatives dominoes that saw the collapse of Lehman Brothers and the huge bail-out of AIG and some US government-linked institutions like Freddie Mac and Fanny Mae, which then reverberated round the globe and hurt the economies of many countries badly.  Anyway our interest was more parochial and our country was not so badly hit.

All of us were well.

The 4 ladies did not suddenly appear too young with some sharp angular features in their jaws or temples that was a give-away sign of facial stretching or Botox treatment. No nose job, lipo-suction nor any Frances Marie slimming crash course neither.   Nor did they look too well fed with bugling stomach by over-indulging in excessive rich food. They did not put on heavy make-up with bold false eye lashes, pouty red lips or their faces caked with a thick layer of pinky powder.  These ladies were down-to-earth and simple.  They didn’t ‘spray’ themselves with dizzy perfumes that permeated the atmosphere and announced their presence loudly, just a tantalizing whiff of some branded fragrant essential oil, which touched your olfactory nerves once in a while. Now you smell it, now you don’t, mm..mm smells good too.  Sure, there were some wrinkles here and there, a few frown lines, some visible crow feet along the side of their eyes, a bit of sagged eye-bags and some minor signs of ageing.  But nothing to be alarmed of as these ladies took care of their faces and health.

As for the men they too looked young for their age.  The two of them did not have any liver spots or black moles of midlife, yet.  Anyway, I did not pay too much attention to their facial look of the grandfather and the bachelor.   Me, same same and you could see my picture in this website.

Now you might be surprised as to what we talked about during our long lunch to be followed by some coffee drinks thereafter.

Gone were the days when we were more interested in the direction of our career with the bank and all we wanted to hear was some company gossips and what was the latest on the grapevine.  Believed me, at that time we were all ears when it came to hearing about other staff members’ status and standing within the top management circle.  Like, whose star was shinning ever so brightly so that one could hitch one’s wagon to the rising star, or whose sun had set so that one could avoid the person like he/she had just contacted some contagious terminal disease and you might catch it.  Speculations like who were on the favorite list for fast tracking promotion and who were on the shit list for some quick-trash demotion to the Misc Service Dept, where one still maintained his/her corporate ranking but the job involved the supervision of some peons shoving monthly Current Account statements of customers into envelopes, were also attention grabber as you never know when it gonna hit you as sometimes there were no rhyme and reason for management’s decision.  The hit list was the worst for that was when a stuff member got shafted and transferred to some far-off small branch to pasture.

And on a brighter note, the up-scaling and re-adjustment of salaries across the board would always be a welcome relief as many employees were hocked up to their eye-ball, what with all the various soft loans provided by the bank as a form of employee benefits like housing loan, car loan, computer loan, renovation loan, study loan, etc, etc, etc.  That was when a lot of employees would take up all these offers and on pay day the take-home check was only enough to pay the utility bills.

Anyway, our group was not interested to talk about careers, no more.

Now we were more serious as age caught up.  We talked about who had died, or whose husband and wife had been called to the Lord.  Who was stricken with terminal Stage 4 cancer, Alzheimer or Parkinson’s disease or who was bed-ridden by stroke.  Oh, so depressing, but our conversation was not meant to congratulate ourselves for still being fit to enjoy a good lunch, it was more like catching up with the fate of our former colleagues.

The grandfather and grandmother shared their tales with us on bringing up their grandchildren.  The mother-in-law lamented that she missed her daughter as she married an oil consultant and traveled round the globe in search of black gold for the company.  Well, the money was excellent but all she could keep in touch was to skype her every night.  Poor rich MIL.

The father had not met his kids in faraway good old US of A for two years.  One of the kids of the mother was in the prestigious Hong Kong University and with cheap airfare she could just pop in and enjoy some excellent Chinese cuisine, like Roost Goose at Lan Kwai Fong, Central. And the bachelor and bachelorette steered clear of conversations on family. 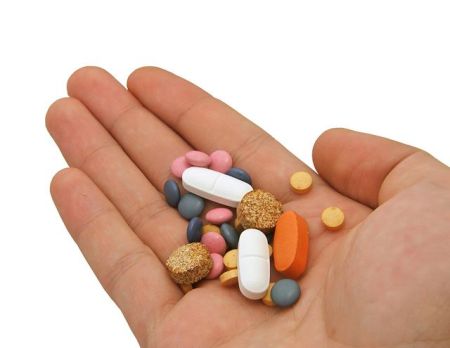 Now we were also quite well informed of present day drugs like Lipitor, Statin, Lestric, Coversyl, Humalog, Olmedac, Xalacom and a host of other preventive drugs which I could not remember.  Ha ha, all of us were taking something daily for hypertension, high ‘bad’ cholesterol, glaucoma, diabetes, weak heart and some other ailments.  And these medications were apart from the daily popping of many tablets of multi-vitamin, C-vit, health supplements and natural herbs.

Now that would generally be the normal conversation of old people meeting up for fellowship, erh, senior people or old timers would be a better term.  What you think?

To quote an old Chinese adage, when one grows old all you need are a bit of money, your spouse and your old friends, not necessary in that order.  These will be your treasures in your old age.

Watch out for my next post.  I will introduce each one of them.

Arthur - March 7, 2011
0
The following is an interesting article by Alix Steel, which appeared in TheStreet.com dated February 18, 2011.  Good food for thought for bankers, economists,...