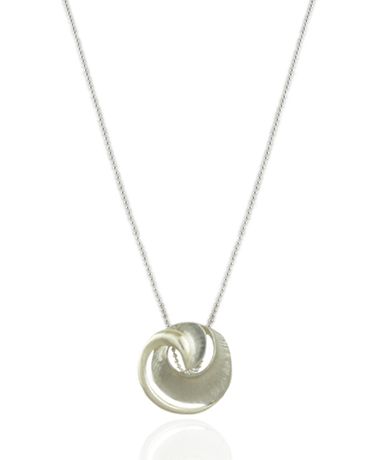 Some 100 percent of sales of Joan Hornig’s Wave of Hope necklace in sterling silver will benefit Japanese relief efforts. The retail price of the piece ($60.80) reflects the geography of the Sendai Earthquake-Tsunami: 80 miles from the eastern coast of Japan, traveling 6 miles inland.

Bidz.com has added a Tsunami Relief section to its site, where 100 percent of proceeds from specific sale items will benefit the victims of the Japan earthquake and Tsunami. 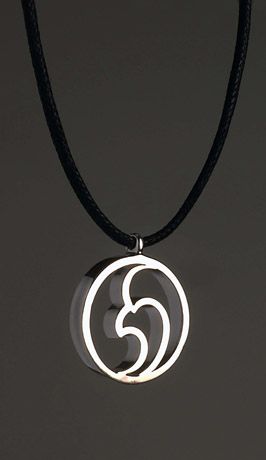 The silver Rella pendant on a black waxed cotton cord was first introduced after the tsunami of Sri Lanka struck in December 2004, and 100 percent of sale proceeds were donated to recovery efforts. (Rella is is the Singhalese word for wave.) The piece resurfaces now in light of the tragedy in Japan; once again, 100 percent of the proceeds will benefit recovery efforts, with funds being donated to the Japanese Red Cross through Google’s Crisis Response page. The pieces are $43, including shipping and handling, can be purchased on designer Jane Taylor’s website. 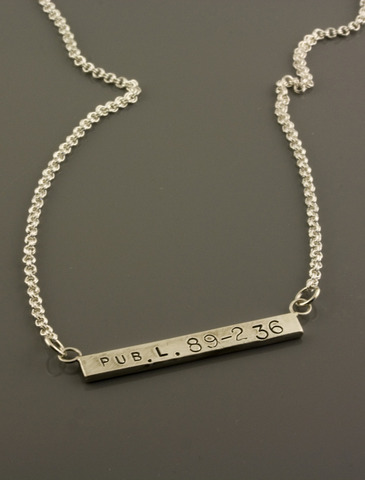 Half of all sales of Ken & Dana Designs’ Betsy Rights necklace in sterling, $60, will be donated to the Red Cross to benefit Japanese relief efforts. The Betsy Rights necklace features text from the Immigration and Nationality Act of 1965, a public law that abolished the national-origin quotas that had been in place in the United States since the Immigration Act of 1924. The thought behind this move: “In the U.S., we are all immigrants, and in a sense, we are all Japanese right now,” according to the designers.

The New York City 47th Street Business Improvement District, including Firenze Jewels, announced a relief effort to aid the victims of the earthquake and tsunami that struck Japan on March 11th. Approximately 2,600 businesses will donate $1 for every sale made this week to the American Red Cross Japanese Earthquake Relief Fund. 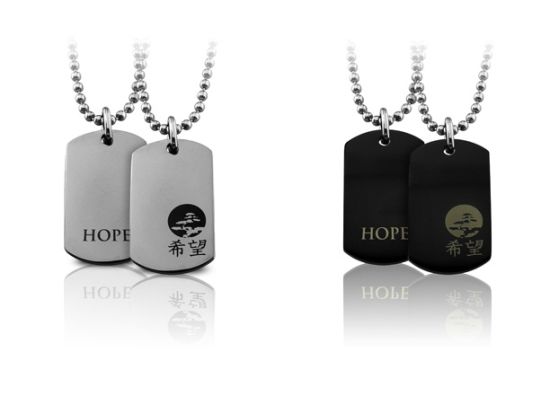 Starting Monday, March 21, some 75 percent of sales from Edward Mirell’s Kibou dog tags, laser-etched with the Japanese symbols for hope, will be donated to the American Red Cross Japanese Earthquake Relief Fund. Pieces are available in gray titanium or patented Black Ti (titanium) for $29.95 and $59.95, respectively, and can be purchased on edwardmirelljewelry.com.

Even Lady Gaga got into the philanthropic spirit by unveiling her own costume version.

Post was adapted from www.jckonline.com by Jennifer Heebner, Senior Editor.

Arthur - May 11, 2011
0
At this previous post, Today Is A Beautiful Day, But I Cannot See…, the Power of Words are portrayed in a sequence of graphic...