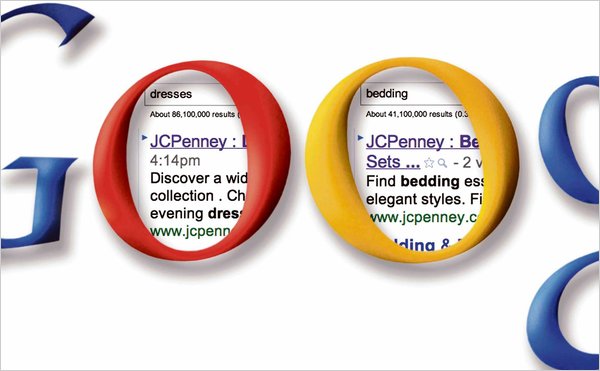 Abstract from Article by Rob Bates

Last week, The New York Times, in a fascinating article, charged that JC Penney had improved its rankings in search engines like Google by engaging in “black hat” Search Engine Optimization (SEO) tactics, such as having pages of spam links. In response, the company fired its SEO firm, and Penney’s ranking was reduced on the search engine.

So what happens when popular jewelry terms are googled?

I started with Pandora. According to Google, “Pandora charms” and “Pandora jewelry” are among the most frequently searched jewelry terms for Valentine’s Day.  And yet, when an SEO blogger googled  “Pandora Jewelry” a few weeks back, he received mostly spam links. Perhaps Google took action, because my recent search found slightly better results, at least on the first page. Still, at least one link didn’t seem to sell beads, and the second and third search pages are mostly spam, including several links for Pandora-like beads, and one page devoted to hair restoration.

Googling “Tiffany & Co.,” another leading search term, turns up a mix of the valuable and the dubious, including one sale and another replica site. Tiffany has always been vigilant about protecting its intellectual property, and it recently sued a bunch of soundalike sites.  Cartier has a similar problem.

The search results for synthetic diamonds have always been an issue, since they show mostly companies that primarily sell diamond simulants, or a combination of “genuine synthetic” stones and simulants.  What’s worse, Gemesis—the biggest synthetic producer, which says it will begin targeting online consumers—doesn’t even show up until page 3. Even more embarrassing, some of those CZ links show up on Google AdWords.

But, regarding jewelry, the industry needs to invest in better SEO and become more search engine–savvy. It also should communicate more with Google about some of these misleading searches. Because, right now, it seems, the “black hats” are winning.

Gold Jewelry As An Investment: Financial wisdom or misguided tradition?

Want To Sell Your Gold, Platinum or Silver Jewelry & Scrapings?

Arthur - January 14, 2011
2
A reader of my website sent me a useful link for those who wish to liquidate their not-wearing-anymore jewelry, precious metals...