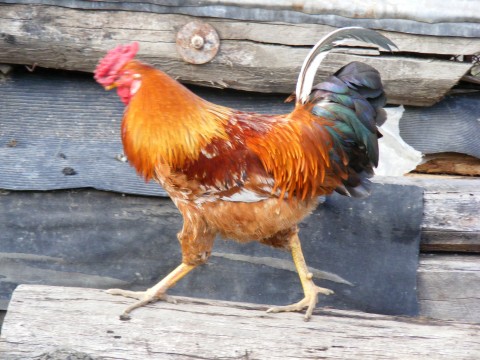 Along the triangle gables of the farm, the swallows sat tightly and packed closely to each other in a row.  They were twittering uneasily to each other, talking about the coming cold weather of fall and thinking of the hot summer of the south.  The initial waft of the northern cold winds was beginning to be felt. 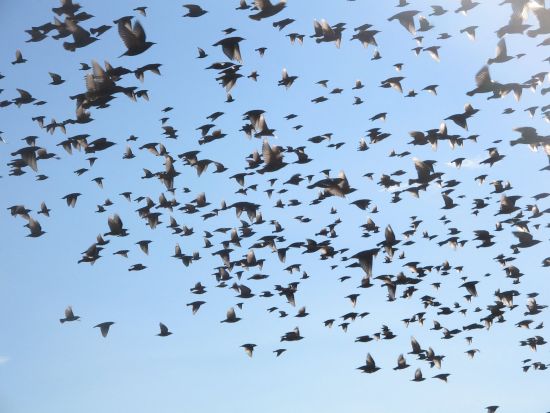 Then early one morning, the northern wind blew fiercely and the swallows suddenly found the strength to lift themselves up, by some strange instinct and some old knowledge, flew through the front of the farm house and soared into the air in a burst of harmony and a cacophony of tweets.  Flying higher and higher they left the farm and cities behind and disappeared into the clouds.

The knowledgeable hen said aloud to other poultry, “I think I will go south myself next year”.

The next year came and the swallows flew back and once again occupied the gables.  When fall came they were all gone.  Now the hen once again said that she would go south.  As the years wore on, the poultry also began to discuss the imminent departure of the hen.

As one fall came and when all the swallows left, the hen exclaimed, “The wind is about right for me to go south now.”

Spurred on by the encouragement of its fellow poultry, the hen gave a loud crow, flapped its wings and ran out of the poultry yard. She fluttered down the road, crowing and tumbling, ran through some roads, a potato and a cabbage farm and some way down to a garden.

By evening the hen came back panting.  She told the poultry in great details that she had gone south as far as the roads that divided into a fork and had seen some of the busiest part of the city where great traffic went by. She came to the land where potatoes grew so big and the cabbages were unlike no one had seen before.  And there were roses and all types of beautiful flowers and there was this lonely gardener trimming the plants.

“Oh, how exciting is the south.  We wish we have your courage to go south next year” exclaimed the poultry.

The winter months wore on and spring came early and the swallows were back.

Now the poultry could not agree that there was a big sea to the south. “You should hear what the hen has to say.”