Most of the readers are familiar with commercial and print ads in jewelry magazines of developed countries and other developing countries.  But if you have not being to Burma (Myanmar) you may not have seen any of their style of print ads.

Below are some of the print ads and some jewelry models adapted from the Gem & Jewelry Magazine.  In Burma once a film star, male or female, is famous and is on a hot streak, he or she will be offered most of the commercials.  Thus you will see a female film star doing most of above-the-line TV ads as well as being modeled for jewelry magazines, snack food, air stewardess for their national airline, banks and all sorts of advertisements.

Notice that most of them are a bit plump though not obese, as in a poor and underdeveloped country like Burma, to be a bit on the plump-side is to be well fed and prosperous.   A fat lady is addressed as Wa Wa Ma (Fat sister) is a sure sign of prosperity and abundance. 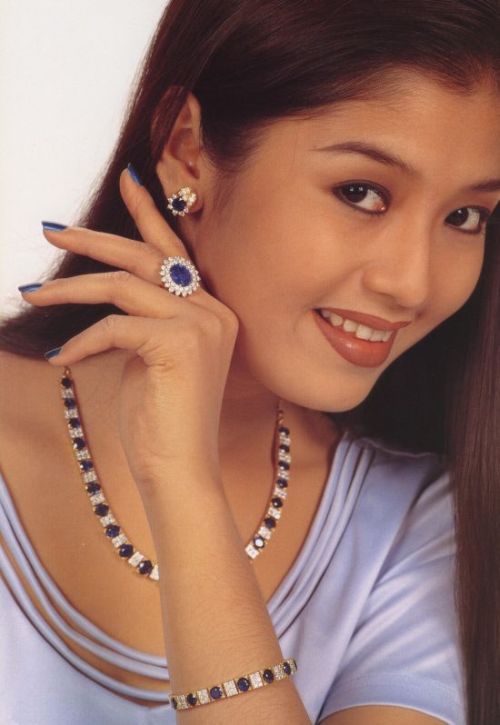 The Most Precious Piece of Jade

The Diamonds – A Great Video Clip of the 50s