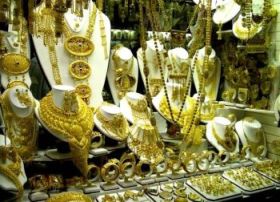 Gold declined in Asia on speculation that investor demand for the precious metal is slowing on signs that the global economic recovery is strengthening.

“Gold may need some impetus to break beyond the current level,” said Chae Un Soo, a Seoul-based trader with KEB Futures Co. “As concerns about the economic recovery ease, investors are losing their appetite for gold, though any sharp decline in prices is unlikely.”

Bets on gold price rises by hedge-fund managers and other large speculators dropped the most since April 2009. Assets in the SPDR Gold Trust, the biggest exchange-traded fund backed by bullion, decreased 1.52 metric tons to 1,314.51 tons on July 9, according to figures on the company’s website.

Still, gold is headed for a 10th annual advance as investors seek to preserve their wealth from Europe’s financial turmoil. Thirteen of 20 traders, investors and analysts surveyed by Bloomberg, or 65 percent, said bullion will climb this week. Four forecast lower prices and three were neutral.

“We are in strange, uncharted waters as far as the world economy is concerned and as long as people have substantial insecurities about the major developed economies, I don’t see any reasons why that would change,” said Gavin Wendt, a senior analyst with MineLife Co. Ltd. in Sydney.

10. What To Do With Broken Jade Bangle

Jade Bangles – Are They Real Or Other Variant Stones

Before You Buy Gold and Silver