(Reuters) – There are limits to how far a luxury company can diversify its operations without diluting its brand or confusing consumers, luxury executives and experts said this week.

A jeweler might successfully launch a perfume but a handbag maker might not and it is easier for a jeweler to look credible producing watches than it is venturing into making handbags, they said. 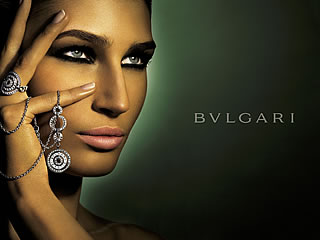 Brands are sensitive, associated to values and emotions which are not suitable to every product.

But many analysts are skeptical Bulgari’s move into handbags will be successful.

“Diversification into new areas, which you do not really master, can be risky,” Isabelle Ardon, head of Paris-based luxury fund SG Gestion told the summit this week.

But Bulgari Chief Executive Francesco Trapani said he believed the brand was strong enough for its diversification to succeed.

“We want leather goods to become a significant part of our business,” he told the summit.

The Italian company is keen to build up its “soft luxury” business because it traditionally makes much bigger margins than “hard luxury” such as watches and jewelry.

But the luxury industry is full of examples of failed attempts to branch out.

German pen maker Montblanc, part of Richemont, is widely cited as a brand whose fine jewelry venture took many by surprise as it is closely associated with men’s accessories.

On the other hand, Louis Vuitton’s move into high jewelry fits the brand’s exclusive image, luxury experts have said. The same goes for Hermes who hired designer Pierre Hardy to produce a fine jewelry collection launched in April.

Hermes, originally a saddle-maker, also started branching out more than a century ago, which gives it more legitimacy than others.

He said Hermes was a good example of a single brand that has maintained its premium focus within the sector and weathered the storm well.

Family-owned leather goods maker Longchamp, whose logo is a man on a racing horse, recently started selling raincoats and jackets in its boutiques.

But the venture is an experience for now, not a new strategic direction for the company, Longchamp Chief Executive Jean Cassegrain told the summit this week.

He said the company did not have any plans to go into anything else, such as perfume.

“We are trying to build the brand in a controlled and structured way,” he said.

“We would not have anything to say about perfume. There are too many brands that stand for little now aside from their perfume.”

Alain Crevet, head of French luxury pen and lighter maker ST Dupont  said the brand’s failed venture into ready-to-wear plunged the company into loss and shutting it down was the first thing he did when he joined it four years ago.

“Consumers prefer to buy a brand’s best known products rather than items outside their main brand heritage,” Bain said.

“We have a small hotel business, but this is more a public relation machine,” said Bulgari’s Trapani, adding he was not looking to branch out into new areas.

Gold Ring – Is It Fake Gold?

Arthur - April 13, 2011
1
The following article by Michael Maloney is an interesting one and offers an alternative view of the Silver Bubble of the 70s, when the...