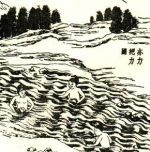 In the classical belief of the Chinese, Jade was a product of Nature formed by the interaction of the essence of the great mountains and rivers.  It was thought to contain the raw and the primordial ‘qi’ (breath) of Heaven and Earth.

Jade is the positive force and the Yang (positive) element.

In the olden days, jade pebbles were picked by young maidens threading naked on the turbulent river bed in the middle of the night.  The Yin (negative) energy of the young maiden and the dominant Yin force of the night would attract the positive Yang element of jade.  Thus, when a maiden stepped onto a jade pebble there would be an immediate attraction because of the opposite polarity and the young maiden would submerge and pick up the jade pebble.

Upon securing a jade pebble the maiden would raise her hand and walk to the shore.  A gong would herald the finding of a jade pebble, the size of it would commensurate with the cadence and the duration of the drum beatings.  A maiden would be richly rewarded if she found a fist-size pebble of immeasurable value and quality. 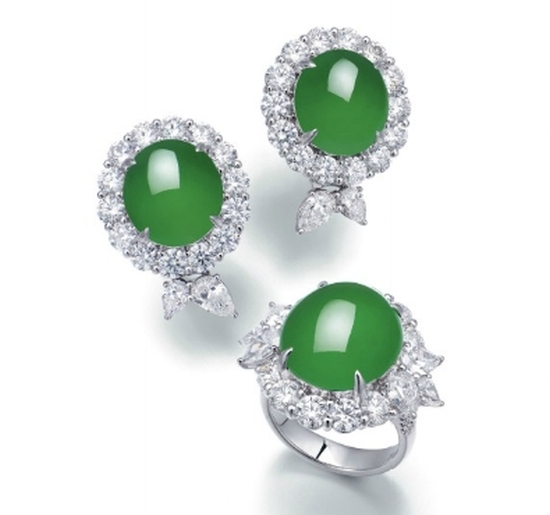 A Set Of Jadeite And Diamond Jewellery